Ye says he plans on running for president in 2024 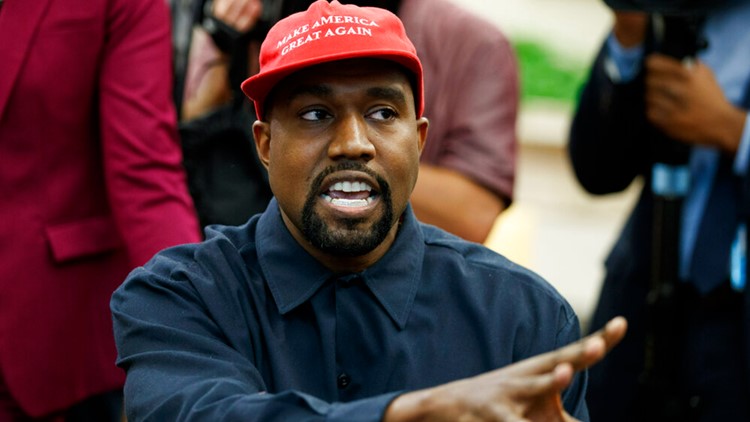 WASHINGTON — Ye, the rapper formerly known as Kanye West, announced on Twitter that he plans on running for president once again in 2024.

In the first of many videos shared on Thursday night, the rapper said he asked former President Donald Trump to be his running mate in 2024. Trump, who announced his bid for the upcoming presidency earlier this month, turned Ye down.

“I think the thing that Trump was most perturbed about, me asking him to be my vice president. I think that was like lower on the list of things that caught him off-guard,” Ye said in the video. “It was the fact that I walked in with intelligence.”

In the video, Ye claims Trump yelled that the rapper was going to lose if he runs for president. The rapper also shared what seemed to be a campaign logo with the caption “#YE24.”

The announcement also comes soon after Adidas, which made his Yeezy line, cut ties with Ye last month over his offensive and antisemitic remarks. Adidas said it expected to take a hit of 250 million euros ($246 million) to its net income this year from the move.

On Friday, Adidas said it is investigating allegations of inappropriate workplace conduct by the rapper that ex-employees made in an anonymous letter. The letter also accuses the German sportswear brand of looking the other way.