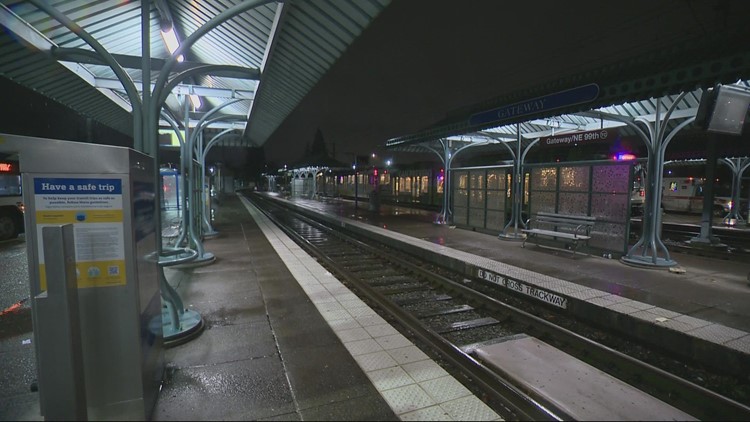 The child was quickly rescued and is safe tonight. Police said Brianna Workman, a convicted felon, is responsible and is being held without bond.

On Thursday evening, TriMet officers responded to a report of a 3-year-old girl that had been intentionally pushed onto the MAX train tracks at the Gateway Transit Center near the intersection of Northeast 99th Avenue and Pacific Street in Portland’s Woodland Park neighborhood.

Surveillance video from TriMet, later released, shows the 3-year-old girl waiting with her mother on the platform near the tracks. Within seconds, a woman stands up from a bench behind them and pushes the girl onto the tracks. People are seen coming to the girl’s rescue. They were able to quickly bring her back up to safety.

Witnesses said that there was no train coming at the time that the child was pushed.

The girl landed face first and suffered minor injuries to her forehead and reported having a headache, according to statements from a responding Port of Portland officer.

According to Multnomah County District Attorney Mike Schmidt, a woman later identified as 32-year-old Brianna Workman, a convicted felon, is in custody and faces numerous charges for the unprovoked attack. Workman is being held without bond at this time.

KGW looked up Workman’s criminal record and found several felony convictions, though the last was in 2013 for heroin possession. More recent convictions were on misdemeanor charges. She appears to be homeless.

In June of 2021, Portland police arrested Workman after a man living downtown said he’d invited her into his room to have breakfast and she slashed him with a knife. According to the probable cause affidavit, Workman said she’d “had a mental breakdown” and “blacked out.”

“I don’t know why I hit him,” Workman was quoted as telling police. “I was trying to kill myself by stabbing him.”

Although it’s unclear why, a deputy district attorney soon applied to have the charges in that 2021 case dismissed, which the judge did. Workman had an attorney, who applied for discovery in the case a few days prior to dismissal.

A private security officer witnessed the incident and told police that he saw Workman shove the young girl onto the train tracks for no apparent reason. Another witness said she just saw a “little girl flying into the tracks” face first and saw the child’s head bounce off the metal of the track.

The girl’s mother told investigators that she and her daughter had no interaction with Workman prior to the attack, according to court documents.