With election night over, race for Oregon governor remains too close to call 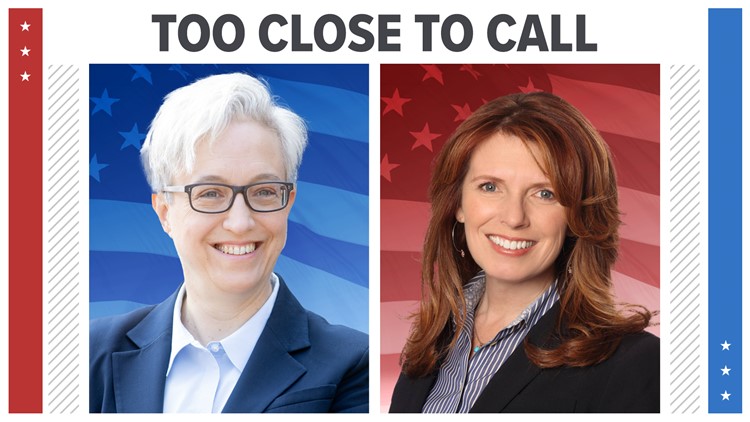 Unaffiliated candidate Betsy Johnson had received about 9% of the vote as of 8:45 p.m. Tuesday night and conceded the race.

Johnson had received about 9% of the vote as of 10 p.m. Tuesday night, or just over 110,000 votes, though there are more ballots left to count.

“When I chose to run for governor independent of any party, loyal only to Oregonians, I knew the odds were long. I didn’t care. I simply could not and would not give up on the state I love without one hell of a fight,” Johnson said in a statement. “And while the election outcome fell short of what we all wanted; I believe this campaign was a success. We made an impact.”

Democrat Tina Kotek and Republican Christine Drazan were still closely matched as of that 11 p.m. Tuesday night: Kotek at 45.9% and Drazan at 44.6%. It was not a surprising outcome for one of the most competitive races in recent memory — one that saw Democrats’ hold on statewide political office waver amid a three-way race.

Both Kotek and Drazan took the opportunity to address their supporters, each expressing optimism that they would ultimately prevail.

“I know it’s late, but we must respect the process. Every vote counts and every vote must be counted,” Kotek said. “It looks like we might be waiting a little while before things are official — and that’s okay, because we want to make sure that every Oregonian who turned in their ballot gets heard.”

“We knew this was going to be a close race, and it turns out it is,” said Drazan. “But we know that when the results are all counted and all of the results are in, that we will in fact lead Oregon in a new direction. But we’re not there yet.”

Though the race ultimately came down to a contest between Drazan and Kotek, both former legislative leaders in the Oregon House of Representatives, the race was shaped in large part by the well-funded unaffiliated campaign of Johnson, a former Democratic state senator.

Before pivoting to support Drazan, Nike co-founder Phil Knight donated $3.75 million to Johnson’s campaign. Though Knight was the highest spender, he was far from the only Oregon business leader to support Johnson. That funding and her background in the legislature helped lift her profile from the obscurity endemic to most third-party candidates into a serious contender in the race, at least for a time.

Beyond the surprising entrance of a major third-party candidate, the race marked a historic first — three women competing on a general election ballot for the highest executive office in Oregon.

Late in the race, Kotek and Drazan each benefited from the great advantages of their party affiliations, both in terms of funding and high-profile support. Drazan’s campaign hosted a visit from Virginia’s Republican governor, Glenn Youngkin. Kotek, faced with an alarmingly close race, saw visits from President Joe Biden, Sen. Bernie Sanders and Sen. Elizabeth Warren.

Each of the candidates had unique challenges to overcome along the campaign trail. For Kotek, it was displaying her progressive bona fides to Oregon’s strong bloc of blue voters while promising not to deliver “more of the same” after years marred by the COVID-19 pandemic’s vicissitudes, worsening homelessness and a crisis of untreated mental illness and addiction.

RELATED: Drazan and Kotek were in a close race for Oregon governor. Did the final debate change things?

Drazan, on the other hand, had to appeal to moderate voters in Oregon — distancing herself from the more conspiratorial and far-right elements in the Republican party while promising to do a better job on the issues than the state’s prevailing Democratic leadership.

Johnson, while having to overcome her lack of party support and find her own vein of financial backing, needed only to point to the current divisiveness in the American political landscape and position herself as a moderate — one apart from the ideological morass.

Despite being a former Democrat, Johnson had more criticism for Kotek on the debate stage than she did for Drazan — and seemingly had more crossover on policy with the Republican, with the exception of her affirmative stance on abortion rights.

As Election Day drew nearer, polls showed Drazan just slightly ahead of Kotek, with Johnson trailing considerably behind. In the final debate, Johnson bristled at the suggestion that she might be considered a “spoiler” candidate and vowed not to drop out of the race. But her sources of funding, once greater than either of her major-party rivals, began to dry up by comparison.

In the last several weeks of the campaign, Kotek and Drazan in particular poured their substantial party-backed resources into political advertisements — flooding the airwaves in hopes of pulling off a win.