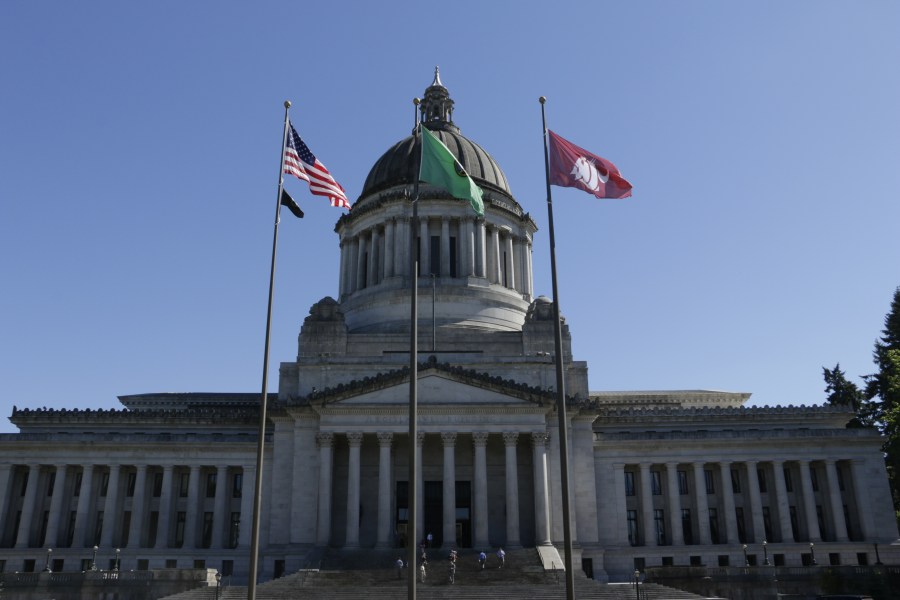 Leaders of both parties in an annual meeting with reporters Thursday said they’re concerned about the housing shortage as well as a workforce shortage affecting all areas of Washingtonians’ lives from child care to education to health care.

The 105-day session will also be the first to happen fully in-person since the COVID-19 pandemic. The bulk of lawmakers’ work will be to finalize a new two-year state budget.

Democratic House Speaker Laurie Jinkins said she thinks the residents of Washington have spoken in sending Democratic-led majorities back to the Legislature to focus on areas of housing and homelessness, along with behavioral health, community safety and protecting abortion rights.

“We’re looking forward to leading the way, hopefully in a bipartisan way,” she said.

House Republican Leader J.T. Wilcox of Yelm said it seems like Republicans and Democrats are poised this session to come together specifically on housing issues.

Rep. Andrew Barkis, R-Olympia, is “partnering with Democrats to find as much common ground as we possibly can to make sure that we address all of the roadblocks that make it hard to add to our inventory of housing,” Wilcox said.

Inslee proposed in December that state spending prioritize housing, including an effort to build thousands of units that would require approval from the Legislature and Washington voters. He’s proposing the state raise $4 billion by issuing bonds outside the state’s debt limit.

“It is making an investment that actually produces an asset,” Inslee said. “We get something for our money, which is housing.”

The additional money would pay for over 5,000 housing units between 2023 and 2025 and 19,000 in the following six years and would pay for supportive services such as counseling. Nearly 13,000 people are living unsheltered throughout Washington state — up from more than 10,500 in 2020, according to the state’s 2022 Point in Time Count.

Inslee said Thursday he believes Washingtonians want action at a scale that will actually achieve meaningful progress on homelessness and this proposal does that.

“We need to do this now … it’s not acceptable for the next 20 or 30 years to have this squalor as a blight on the state of Washington and put so many people who are experiencing homelessness into terrible living situations,” he said.

Inslee’s proposed budget would spend $70 billion over two years starting in July 2023. It also focuses on issues including mental and behavioral health care, the environment and public safety.

The House and Senate will release their own budget proposals in the coming weeks.

Legislative leaders also talked about ways to address a worker shortage in nearly every industry at least partly because of members of the large baby boomer generation retiring.