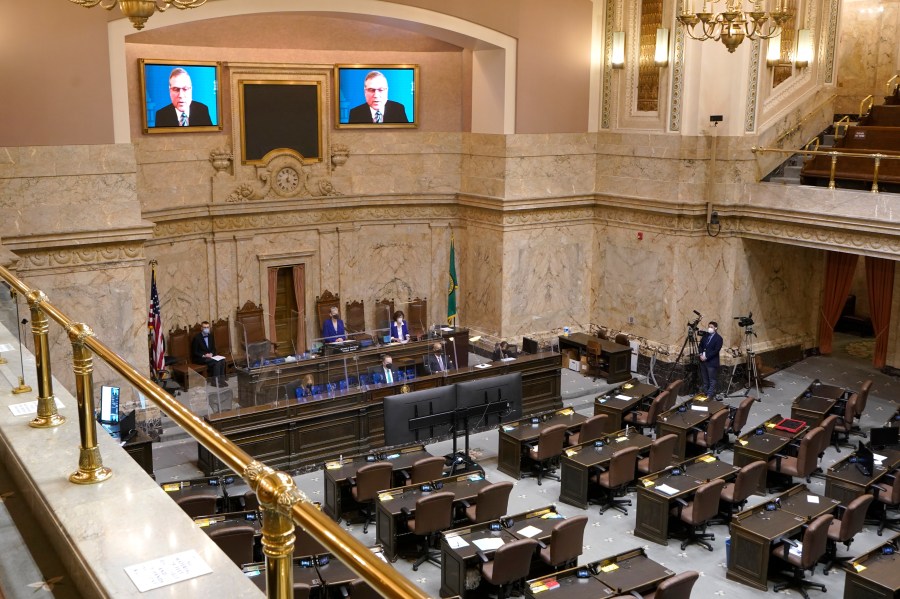 PORTLAND, Ore. (KOIN) — Washington state lawmakers on Monday will begin hashing out some of the critical items on their legislative agenda, including the 2-year budget proposal from Gov. Jay Inslee.

Many of the proposals on the agenda look to repair systems strained during the pandemic, such as improvements to health care, climate change initiatives, education and behavioral health.

But for Inslee, the largest focus this legislative session is addressing Washington’s housing and homeless crisis.

“Until we fix our housing crisis, thousands of people (like these folks) are going to remain homeless. This is why I’m proposing a $4 billion referendum that will significantly speed up the construction of thousands of new units,” Inslee said during his State of the State speech.

His 2-year, $70 billion budget proposal includes a $4 billion bond measure to fund more than 25,000 new affordable housing units. The measure will require voter approval and is just one of many legislators will have to decide on within the massive budget proposal.

Inslee also highlighted some of the initiatives residents will begin to see shortly, like clean energy laws going into effect and the working family tax credit which is expected to start in February.

KOIN 6 News will continue to follow this developing story.