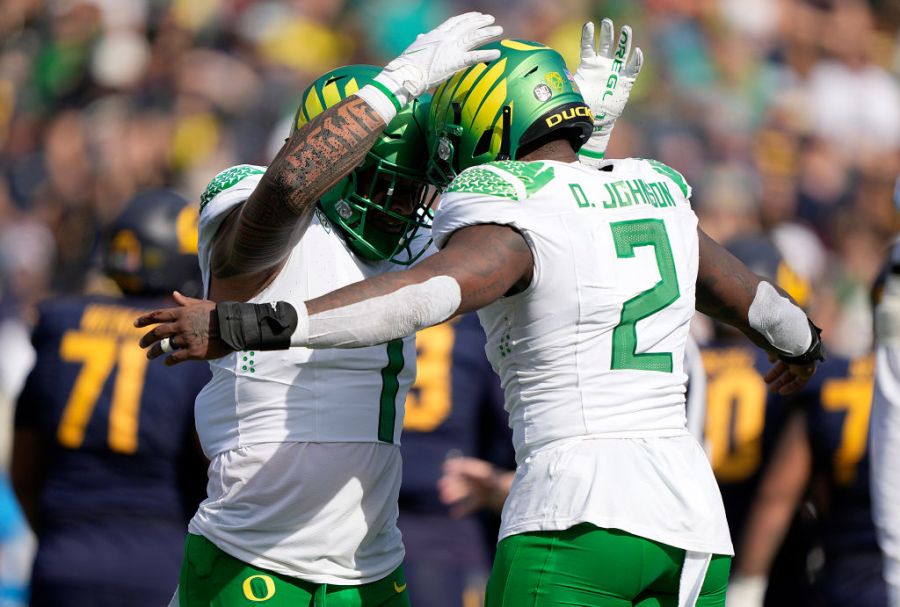 Johnson is seen punching the person from behind and then being restrained and led away by what appears to be two Oregon staff members.

“We are aware of a postgame exchange involving a member of our football team and a fan and are working to gather more information,” the Oregon athletic department said in a statement.

Oregon State came back from a 21-point deficit in the third quarter to beat the rival Ducks 38-34. The loss cost Oregon a spot in the Pac-12 championship game.

“We are (aware) of this matter and are confident that the Pac-12 Conference and the University of Oregon will investigate this matter and deal with it appropriately,” Oregon State spokesman Steve Clark said in a statement to The Associated Press.

Clark said the university did not know the identity of the person who was punched and hoped the person was not injured.

Clark said no complaint had been filed with the university’s police department as of Sunday afternoon.

The Pac-12 did not immediately respond to a request for comment.