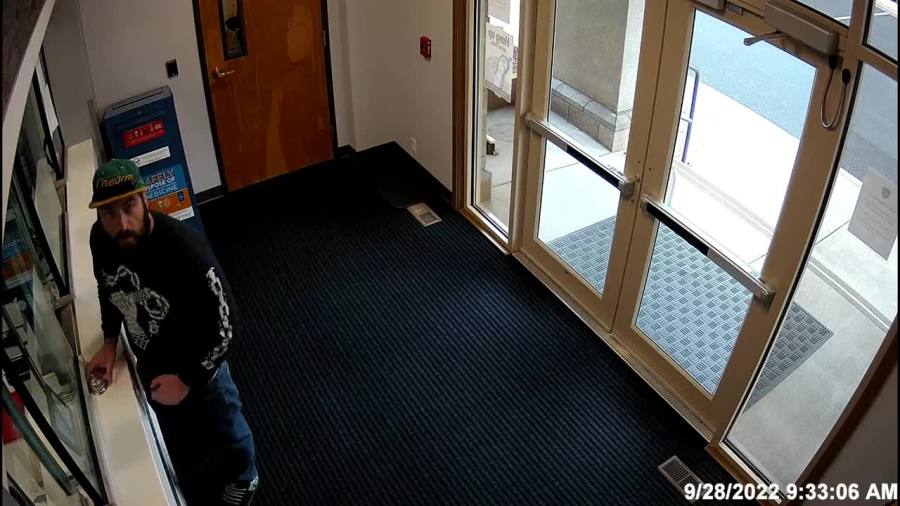 PORTLAND, Ore. (KOIN) — A man recently released from the Crook County Jail allegedly stole a call bell from the front desk of the Prineville Police Department earlier this week.

Prineville Police Department Chief Larry Seymour shared on social media today that officers are looking for suspect Eric Baker in connection to the bell theft, which was captured on the department’s security camera.

“It was a nice bell,” Seymour said. “I’m not saying Eric is guilty, not by any means, but he did steal our bell nonetheless.”

If spotted, PPD asks that citizens not approach Baker, and instead, call the department’s non-emergency line at (541) 447-4168.

“We are looking to have a conversation with Eric, so if you see him walking around town, or you hear him dinging his new bell, please call and let us know where he is at,” Seymour said. “Thank you for assisting with Operation Bellboy.”