Named after the boiler of a shipwreck that happened here in 1910, Boiler Bay State Scenic Viewpoint sits just north of Depoe Bay. You can see the boiler from a pullout just north of here and a cove within this cove – but it’s not advisable.

But first, there is the headland main park of Boiler Bay. All sorts of interesting things lurk here – like waves, more waves and even bigger waves.

It’s common to be feel the ocean spray on your face in this stunning spot. 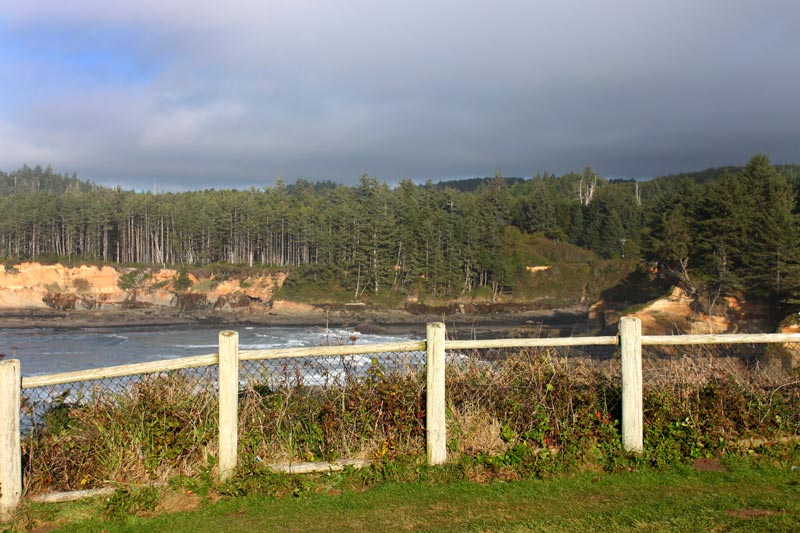