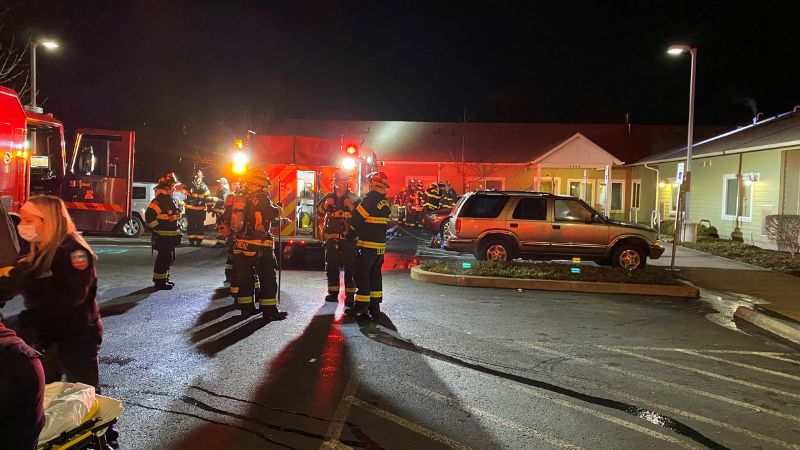 PORTLAND, Ore. (KOIN) — A fire at a Northeast Vancouver apartment complex sent one person to the hospital and displaced 13 residents on Friday night, according to authorities.

The Vancouver Fire Department responded at around 6:35 p.m. to a fire alarm at the Cherry Park apartments on Northeast 62nd Avenue.

The first crews that arrived said the hallways were flooded with water and smoke was filling the air.

One resident alerted fire crews that an older woman was still inside, so a search began.

The woman was found in bed in the apartment where the fire had started. She was taken outside and sent to a nearby hospital with non-life-threatening injuries.

Sprinklers in the building took care of the fire, and VFD worked to remove smoke from inside.

There were 13 residents temporarily displaced by the fire.

According to VFD, the cause of the blaze is still under investigation.