Top angler nets $70K for reeling in pikeminnow in 2022 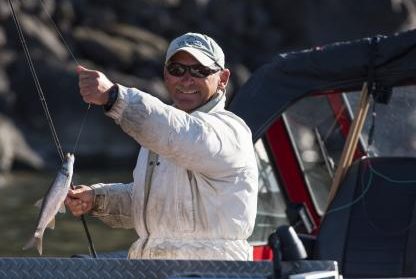 In Oregon and Washington, anglers can register to get paid to fish for the predators that prey on millions of young salmon and steelhead

PORTLAND, Ore. (KOIN) – Catching northern pikeminnow from the Columbia and Snake rivers once again proved to be a lucrative pastime for anglers in 2022.

In Oregon and Washington, anglers can register to get paid to fish for the predators that prey on millions of young salmon and steelhead every year. The Bonneville Power Administration sponsors the bounty program and handed out more than $1.3 million in 2022.

It was the first rate increase since 2015.

Each year, wildlife biologists also release hundreds of specially tagged northern pikeminnow each worth $200-$500. The bounty is meant to incentivize the catch and help reduce the predatory fish’s population and help support salmon and steelhead populations.

In total, anglers removed 140,121 northern pikeminnows from the Columbia and Snake Rivers.

However, there was one angler who netted the biggest catch. After reeling in almost 7,000 fish in five months, the top fisherman in 2022 earned $69,230 through the Northern Pikeminnow Sport Reward Program.


A year in the making: What a temperature blanket taught this PNW resident

The Bonneville Power Administration said since 1991 when it began the bounty program, anglers have removed 5.4 million pikeminnows from the two rivers.

Since the program began, fishers have helped reduce predation on young salmon and steelhead by up to 40%, the Bonneville Power Administration said. Fishing for northern pikeminnows has removed 10-20% of the species’ population in the Columbia and Snake rivers.