Thousands remain in the dark days after storm swept through region 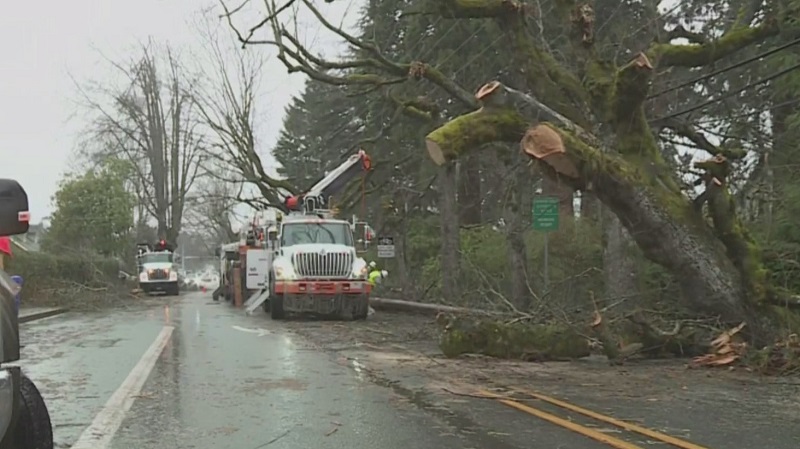 PORTLAND, Ore. (KOIN) — Two days after a significant storm knocked out power to almost 200,000 homes and businesses in Oregon and Southwest Washington, crews have made progress getting service restored, but there is still a long way to go.

Here’s where things stand as of 7 a.m. Thursday:

There are still more than 9,000 PGE customers without service. That is down from more than 112,000 late Tuesday. The bulk of PGE’s issues continues to be along the Interstate 5 corridor with additional large service interruptions in Washington County and the Molalla area.

More than 2,000 Pacific Power customers are still waiting for service to be restored. Most of those are in the Cave Juntion and Medford areas, with another big group between Salem and Corvallis. Pacific Power is reporting a handful of outages in the Portland-metro area.

In Southwest Washington, Clark County PUD is working to restore service to just six customers in the Salmon Creek and Ireland neighborhoods. That is down from more than 20,000 at the height of the outages.

On the Oregon Coast, Tillamook People’s Utility District is still dealing with roughly 500 outages from Tuesday’s storm. The bulk of those is along Highway 101 near Tillamook and in neighborhoods near Nehalem and Manzanita.

This is a Developing Story and will be updated throughout the day.