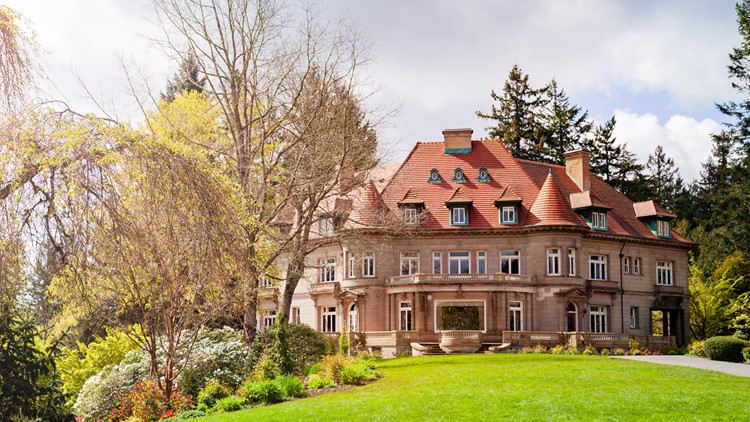 Those who operate the Portland landmark hope their efforts will increase relevance and bring more visitors inside the historic museum home.

PORTLAND, Ore. — Portland’s Pittock Mansion is currently decked up for the holidays. The house museum’s annual Christmas display is the biggest attraction of the year for the nonprofit, but those who run it have plans to increase attendance year-round.

“There’s a lot of untapped potential,” said Paula Gangopadhyay the CEO of the Pittock Mansion. She took the job just six months ago as the house museum emerged from a pandemic lull.

Gangopadhyay said she hopes to increase visitor engagement, programming and revenue, specifically dollars earned beyond the gated admission they’ve been so dependent on.

“We would like to host events, we might actually want to rent the place if somebody wants to have a mini-gathering. We haven’t done any of that so we want to be proactive, we’re going to explore and do it in a much more thoughtful manner,” she said.

Gangopadhyay calls the plan “Pittock 2.0,” a multi-year vision and fundraising effort to transform the museum internally and how it approaches community engagement. Part of that will include expanding the storyline of museum exhibits by lifting the voices of marginalized communities.

“Beyond the Pittock family history, who were the other players who were being impacted during that important period in American history?” said Gangopadhyay. “We cannot change the past, but we can change our present and the future.”

Oregonian publisher Henry Pittock built the mansion in 1914. The city of Portland owns it now and the nonprofit Pittock Mansion Society operates it.

“I think people understand this is an important place in Portland,” said Pittock Mansion volunteer, Helen Goodwin. “We almost lost it at one time, it was probably going to be razed for development and the citizens of Portland actually saved it.”

Admission to Pittock Mansion is $14.50 for adults plus a dollar more for the Christmas display. The panoramic view from the mansion’s park lawn is free, and perhaps the biggest draw for visitors. Gangopadhyay hopes their efforts will encourage more of them to come inside.

“See the vista point,” said Gangopadhyay, “and also come and see the history of Portland through the eyes of this mansion.”