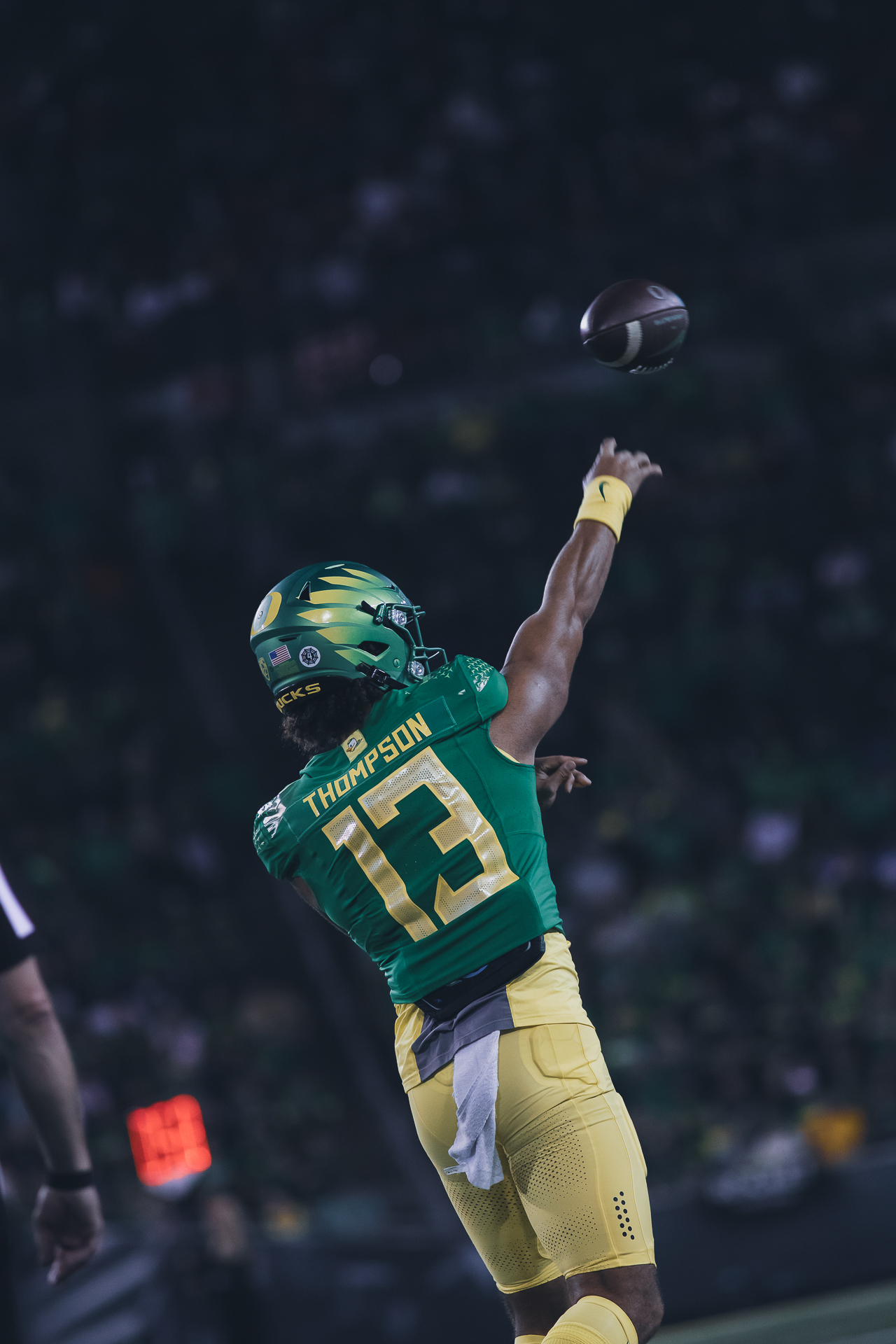 Last week, I told Oregon fans that it might be time to have a conversation about QB Bo Nix, and what our expectations for him were in Eugene. This week, I want to talk about another Oregon quarterback.

I think it might be time that Duck fans had a conversation about Ty Thompson.

It may seem crazy to be “having a conversation” about a backup quarterback, but when you have as much fanfare and hype as Thompson does, then I think it warrants some attention.

For your average backup quarterback, this shouldn’t be appalling. Ty Thompson is not regarded as your average backup in Eugene, though. He was supposed to be the next great player in Oregon history, signing with the Ducks as the highest-rated QB in program history. Fans have called for a pair of starting quarterbacks to be benched for Thompson, but when he’s been given an opportunity, he hasn’t quite made the most of it.

Of course, the times when Thompson is in the game, Oregon’s offensive scheme is more geared towards a run-out-the-clock mentality, but I’m starting to think that if he was as good as everyone wants him to be, we’d have seen some flashes of that by now.

We’re still waiting. I’m not saying it will never come, but I’m starting to think that Thompson’s college career may not get off the ground in Eugene.