Sternwheeler makes 'farewell cruise' on Columbia River; its fate remains up in the air 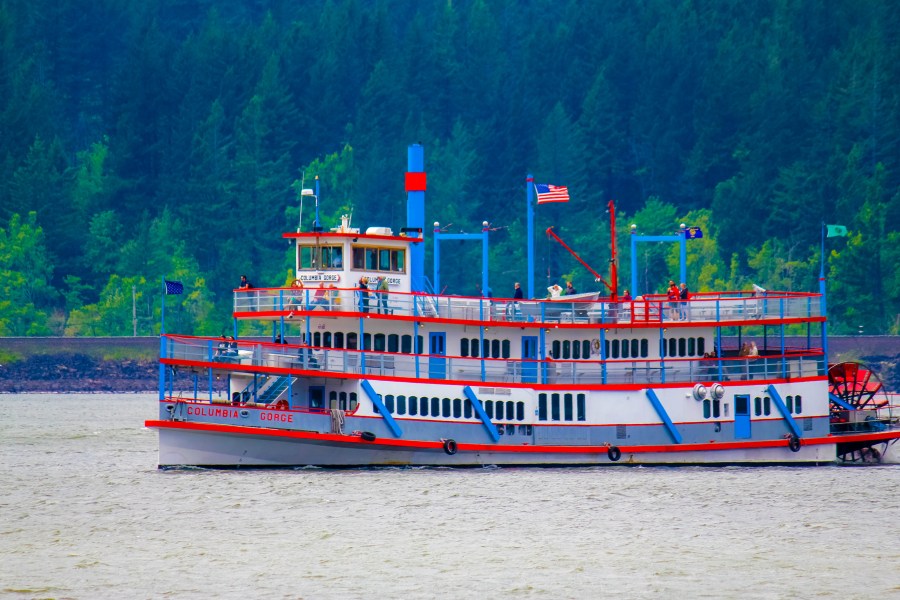 PORTLAND, Ore. (KOIN) – The Columbia Gorge Sternwheeler ventured out one final time with passengers on board Sunday night.

The sternwheeler, which the Portland Spirit has operated on the Columbia River since 2006, is halting its service out of Cascade Locks after Dec. 31 due to a terminating contract.

According to the current contract between the Portland Spirit, which operates the Columbia Gorge Sternwheeler, and the Port of Cascade Locks, the Portland Spirit must pay a monthly concession fee to the port and give them a commission on sales when profits exceed a certain amount.

The Portland Spirit also contributes to the Cascade Locks Historical Museum and the Port of Cascade Locks’ annual fireworks show in cash.

The contract requires Portland Spirit Cruises & Events to cover expenses brought on by the operational, labor and marketing costs of the Columbia Gorge Sternwheeler, Cascade Locks Grill and the Cascade Locks Visitor Center in Marine Park.

In 2018, Portland Spirit sent a proposal to the Port of Cascade Locks to extend operations for 15 years and to finance the $3 million cost of repowering and interior remodeling of the vessel.

The Port of Cascade Locks countered with a 5-year agreement that withdrew the Portland Spirit’s exclusive use of the dock for the Columbia Gorge Sternwheeler. The port responded with additional concessions, as well.

The Portland Spirit said it accepted a number of the concessions, but requested another 15-year agreement and a 5-year extension so the repowering and interior remodeling of the vessel could be paid off over time.

“We loved operating the Port’s historic vessel for the past 16 years,” Portland Spirit General Manager Dennis Corwin said. “We don’t know when the Sternwheeler will operate again in the future, but all our wonderful employees in Cascade Locks will be offered employment in Portland.”

In a statement posted to Facebook on Oct. 4, the Port of Cascades said it values the presence of the sternwheeler in Cascade Locks and that the sternwheeler has helped with economic development through tourism and community events.

The port said it is still considering options when it comes to a new contract and said it’s disappointed an agreement has not yet been reached.

A few options the Port of Cascades is considering include using an operator or someone from the port to conduct the vessel, selling the vessel with a contingency of operation from Cascade Locks, and docking it for a time during repairs.

The port is using American Rescue Plan Act funds to purchase new engines for the sternwheeler.

The port said it is also considering an offer to build two new docks to allow larger vessels to dock and a restaurant operator for the cafe and visitor center.

In a statement, the Port of Cascade Locks General Manager Olga Kaganova said, “The Sternwheeler is an iconic asset to the Cascade Locks and regional community. The commission is thoughtfully considering next steps and is focused on decisions that are in the community’s best interest.”

Past and present staff were invited to attend the event, along with local residents of Cascade Locks, Stevenson and Carson. Admission was complimentary as a thank you for 16 years of support.

Since 2006, Portland Spirit has operated sternwheeler cruises on the Columbia River from May through October and cruises on the Willamette River in Portland from November through April.