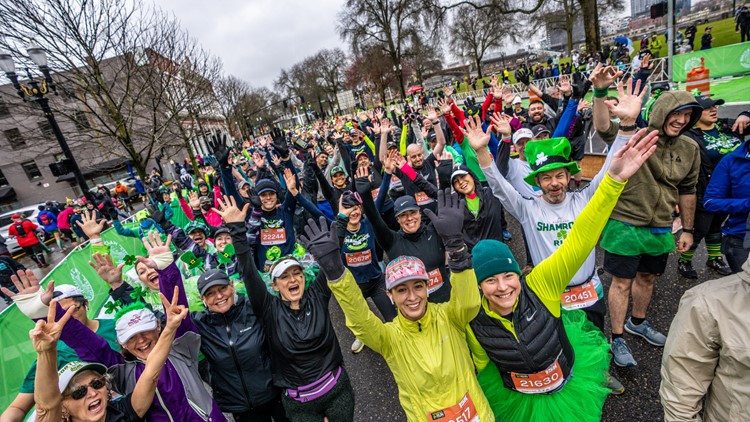 Both events and groups have been operating in Portland for many decades in celebration of the Irish community.

PORTLAND, Ore. — Two Portland institutions are brewing up a golden head start in preparation for the Irish Festival this spring, in celebration of a rich culture. Long-running Portland St. Patrick’s Day traditions the Shamrock Run and Kells Irish Festival are joining forces for the city’s most massive and greenest celebration yet.

The Shamrock Run Portland is known for attracting over 20K participants for their annual run, which has taken off since the late ’70s. The run is Oregon’s largest running and walking event, according to the group — holding an array of races at a variety of distances with a traditional finish line festival at Waterfront Park, in addition to other events in celebration of Irish culture.

The group will be hosting their annual run on March 12.

Kells Irish Pub is a family operation highly ranked nationwide that has been thriving since the ‘80s with multiple locations throughout the West Coast. The long-running establishment is known for the annual Kells Irish Festival.

“At Kells, we’ve long been fans of the Shamrock Run and the race’s impact on downtown Portland,” said Gerard McAleese, owner and operator of Kells. “With our annual Irish Festival overlapping during the week of St. Patrick’s Day, it just made sense to figure out a way to partner and create a bigger impact for the city and for charity. We couldn’t be more delighted to make it official, and we look forward to co-hosting the city’s biggest, greenest celebration yet.”

Both groups partner with the community as well as nonprofits to give back, since community is the primary focus of the festivities. They are partnering together to create a finish line celebration in recognition of the 45th anniversary of the Irish-themed running festival on March 12.

“We’ve got a lot of participants, city officials, sponsors and community supporters who stuck with us to thank – those who have made the success of the event possible each and every year– and we’re looking forward to partnering with Kells to make the 45th edition of the race one of the record books,” said Alex Jee, community engagement manager for the Shamrock Run.

The event is also know as opening day of running season in Portland.

The 2023 Irish Festival will kick off at Tom McCall Waterfront Park on March 10 with the Kells Ireland vs. USA boxing event, followed by festivities on March 11 that will include Irish dancing, live music, bagpipes, Irish food and beverages, and culminating in the Shamrock Run event on March 12 — all at the Waterfront.