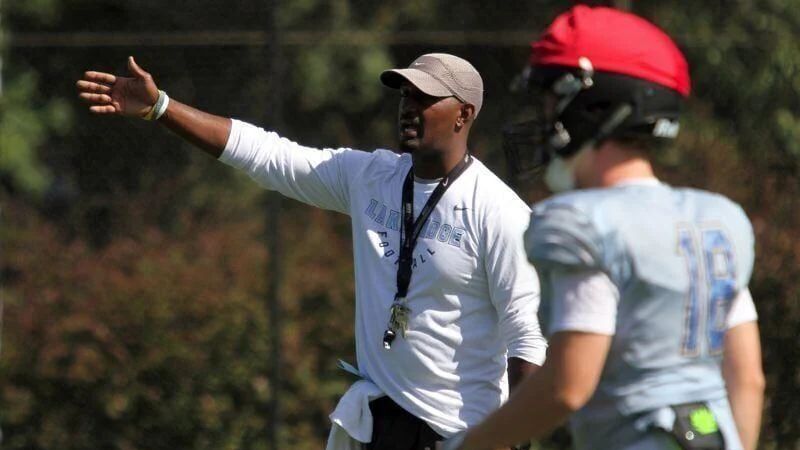 The Portland Tribune is a KOIN 6 News media partner.

The complaint, filed Dec. 22, 2022, in Multnomah County Circuit Court, accuses Forrest Sherman of eventually raping the girl and engaging in other sexual activity with her while he was employed as a trainer at the now-closed Velocity Sports Performance in Hillsboro.

The lawsuit, filed by attorney Megan Johnson from the law firm of Pickett Dummigan McCall, asks for $3 million in compensation from Sherman and Velocity Sports Performance.

Sherman has been serving as an assistant football coach at Lewis & Clark College.

The lawsuit alleges that the now-32-year-old victim was enrolled at Velocity Sports Performance for track and field while she was a senior at Beaverton’s Southridge High School. It says that Sherman was a coach at Portland’s Lincoln High School while also working at Velocity.

As a matter of editorial policy, Pamplin Media Group does not identify alleged victims of sexual abuse unless they ask to be named.

The complaint alleges that Sherman “gravitated towards the Southridge track training group and began to cultivate a relationship of trust and authority with Plaintiff and female friends and teammates.”


Months after not being paid, a former Fred Meyer employee is still trying to get his money

It claims that Sherman, who was living in Multnomah County at the time, befriended the underage girl “gained her trust and confidence, and her family’s trust and confidence to act as coach, instructor, guide, mentor, counselor, and authority figure,” and in teaching her to comply with his directions and respect him as an authority figure, Sherman was “grooming” the girl.

Sherman would describe accounts of sexual activity while on the phone with the girl, according to the lawsuit. At one point, the suit claims, Sherman gave the girl a “sensual backrub” in the view of other athletics at Velocity.

“Sherman also engaged in grooming with other teenaged female children at Velocity, which plaintiff witnessed,” the complaint alleges.

The lawsuit says that Sherman engaged in sexual intercourse with the underage girl as many as five times. It says because of Sherman’s actions, the woman suffered initially and will “suffer in the future, psychological injuries including but not limited to pain, suffering, emotional distress and post-traumatic stress disorder.”

It also states that Velocity Performance Sports was negligent, accusing the now-defunct gym of knowing of Sherman’s predatory behavior.

News of the lawsuit was first reported by The Oregonian/OregonLive.com.

Sherman worked with Central Catholic’s football team from 1998 to 2003, moving to defensive coordinator and assistant head coach at Lincoln High School from 2003 to 2009. He also served as Lincoln’s track coach during that same time.

In 2012, he was involved with SPARQ, a Nike-sponsored program which measured students’ athleticism.

Lois Davis, a spokesperson for Lewis & Clark College, said the football program was restructured last semester, and Sherman’s employment at the college ends on Jan. 23.

“Until then, he has no duties on campus or interactions with Lewis & Clark students,” she said, noting that the new semester doesn’t begin until Jan. 17.

Johnson, on behalf of the plaintiff in the lawsuit, has requested a jury trial.