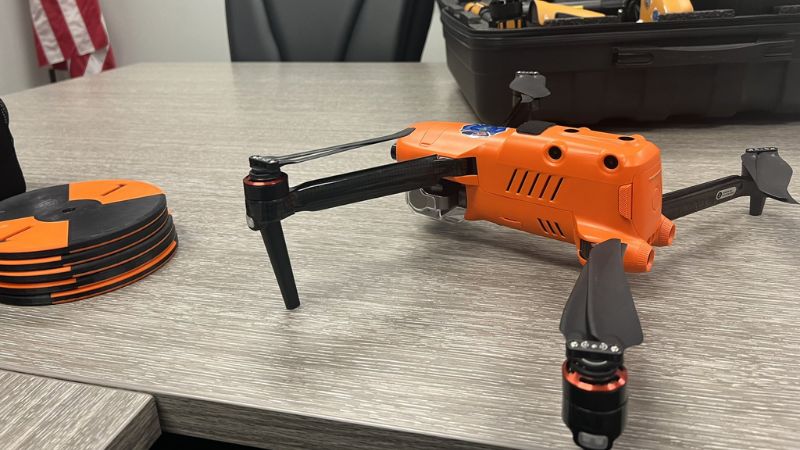 “(We) fly these little machines in ways that nobody else can.”

PORTLAND, Ore. (KOIN) — Last week, a historic Portland church burned to the ground. When it came time to investigate, a small Oregon fire agency was called in because they’re the leaders when it comes to using the drone — or uncrewed aircraft system — technology.

Scappoose Fire District’s public safety aviation program with the Regional Disaster Preparedness Organization is years in the making and started with just one aircraft.

“We have a whole training program platform that we built from the ground up. We worked with the Federal Aviation Administration to obtain waivers to be able to fly these little machines in ways that nobody else can,” said Jeff Pricher, the Scappoose Fire District Chief.


Months after not being paid, a former Fred Meyer employee is still trying to get his money

In partnership with public agencies across the state as well as Nears Space Corporation and Tillamook UAS Test Range, the growing aviation program headed by the fire district goes beyond the typical day-to-day responses you usually associate with fire departments.

Those piloting the aircraft go through extensive training and before each mission, they follow detailed guidelines like communicating with nearby aircraft and flight controllers and checking their airspace.

“Not put humans in a dangerous position where they’re hanging off of ropes or hanging off machines that could flip over off the bridge,” said Pricher.

After last week’s fire that destroyed the Portland Korean Church, the building was unsafe for first responders to go inside, ultimately impacting how Portland Fire and Rescue’s arson investigation was done. Coming down to hundreds of photos and GPS coordinates, they used the data to craft 3D images of the inside of the church ruins, making it possible for investigators to do their jobs.

“We input that into the photogrammetry software and that helps us get that centimeter-grade accuracy,” said Pricher.

With every flight and mission, Pricher says they discover more about just how much these machines are capable of, as other state agencies also learn from them while developing their own programs, and it’s only just the beginning.

“I think there’s still a bit of air of science fiction to this. As a whole, our state hasn’t really grasped the power of this tool yet,” said Pricher. “I think we’ve come a long way from ‘this is a toy’ to ‘this is a very important tool.’”

Next up for the program is increasing their fleet of pilots and aircraft, including some that are weather resistant, while also training the next generation. A STEM program is in the works with local schools following thousands of dollars in grant funds by Senators Wyden and Merkley.