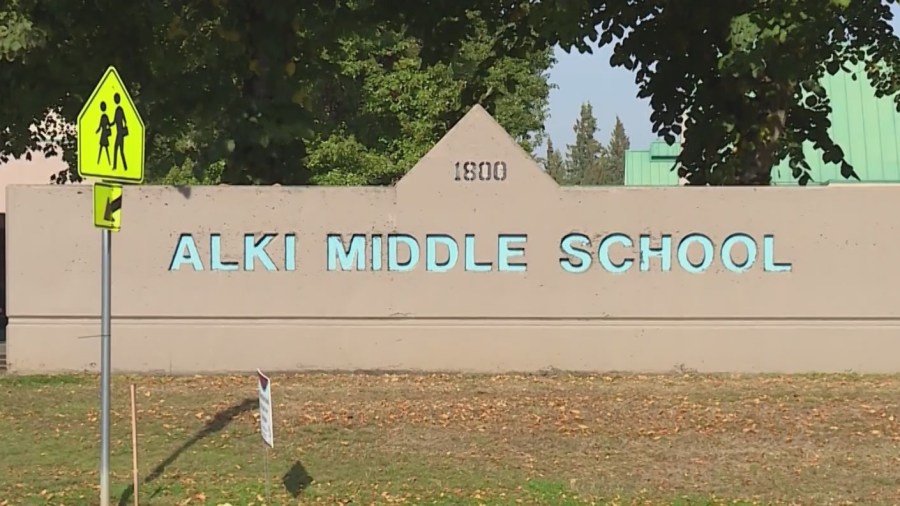 James D. Mattson was arrested and booked in the Clark County Jail and charged with 137 counts of first-degree voyeurism.

PORTLAND, Ore. (KOIN) — After a Vancouver Public Schools employee accused of videotaping female students in an Alki Middle School locker room was arrested, the school district is discussing the next steps in how it will handle the allegations.

On Oct. 12, 38-year-old James D. Mattson was arrested and booked in the Clark County Jail and charged with 137 counts of first-degree voyeurism.

Next comes the delicate process of notifying the victims, Superintendent Dr. Jeff Snell said in a video message to parents on Wednesday.

“As we go through the process, we will work with the sheriff’s office on how best to notify anyone who was identified,” Snell stated. “We will handle this process with care, respecting each individual’s confidentiality and privacy interests.”

The superintendent said they will be using facial images to identify the victims.

“We recognize the concern we all have about privacy, and are saddened, frustrated and angry that a former employee’s actions have violated rights to privacy and the trust you place in us,” Snell said.

In addition to assisting with law enforcement’s investigation, Snell said the district continues to conduct periodic searches of locker rooms, restrooms and changing spaces. VPS is also reportedly reviewing if there are any preventative methods the district can put in place moving forward.

Officials say the initial findings all stemmed from videos taken in the female staff bathrooms at Skyview High School and date as far back as 2013.

“The videos that they saw that led them to this investigation, that was alerted initially, that’s where they thought the concern was, at Alki. This piece that they were able to find, they were able to identify that it came from specific staff restrooms at Skyview,” said Sgt. Chris Skidmore with the Clark County Sheriff’s Office.

A search warrant obtained by KOIN 6 shows Mattson’s live-in girlfriend was the first to report the tapes.

According to her, after Mattison left for work as the custodian at Alki Middle School, she walked by the computer room and noticed his computer was open. After going through his files she “found a video that was clearly an underage child getting dressed in a locker room. The child was in their underpants and bra and was putting on pants. The video appeared to be on a hidden camera.”

Mattson is expected back in court on Friday, Oct. 21. KOIN 6 News will continue to follow this story.