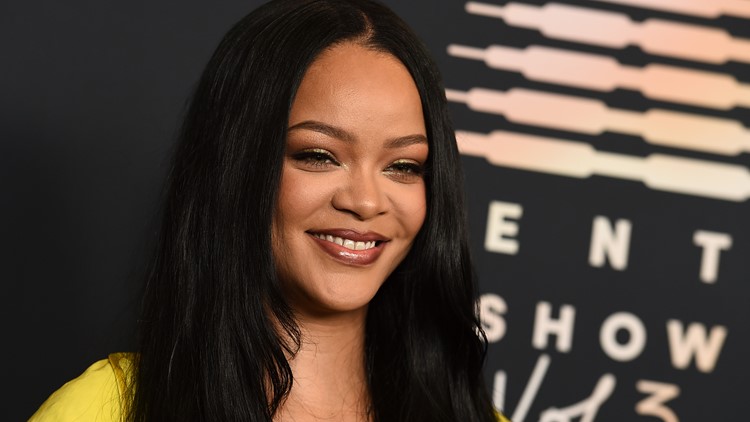 The singer teased a snippet of her upcoming single “Lift Me Up” on Wednesday for the “Black Panther: Wakanda Forever” soundtrack.

WASHINGTON — Rihanna is lending her voice to the Marvel Cinematic Universe.

The singer teased a snippet of her upcoming single “Lift Me Up” on Wednesday for the “Black Panther: Wakanda Forever” soundtrack. The single will be released on Friday and is Rihanna’s first solo song in 6 years.

On Tuesday, the movie’s official Twitter account released a cryptic video singling out the letter “R” in the film’s title. Fans quickly speculated the “R” meant Rihanna would be featured in a song.

Rihanna confirmed the announcement on Wednesday through her own social media. She shared a video with the same letter “R,” accompanied by a melodic hum along with the caption “lift me up” and Friday’s date. She also included a link for fans to pre-save the song for streaming on Spotify, Apple Music and Tidal.

Rihanna’s last album, “Anti,” was released in 2016. Since then, the singer has featured on songs with other artists, but primarily has focused on her beauty and lingerie businesses.

The singer’s musical return also comes on the heels of another huge announcement last month. The Barbadian singer is set to take the halftime show stage in the upcoming 2023 Super Bowl LVII.

With sales of more than 250 million records worldwide, Rihanna ranks as one of the best-selling female artists ever. The “Diamonds” singer was ranked as the second richest female entertainer in 2021, with $1.7 billion in net worth according to Forbes.

Marvel’s “Black Panther: Wakanda Forever” is a sequel to the superhero series, which starred the late Chadwick Boseman. He died of prostate cancer in 2020.

It has not been clear how the film would deal with the death of the title star of the first film, but the trailer suggests that his sister Shuri, played by Letitia Wright, might be the next Black Panther.