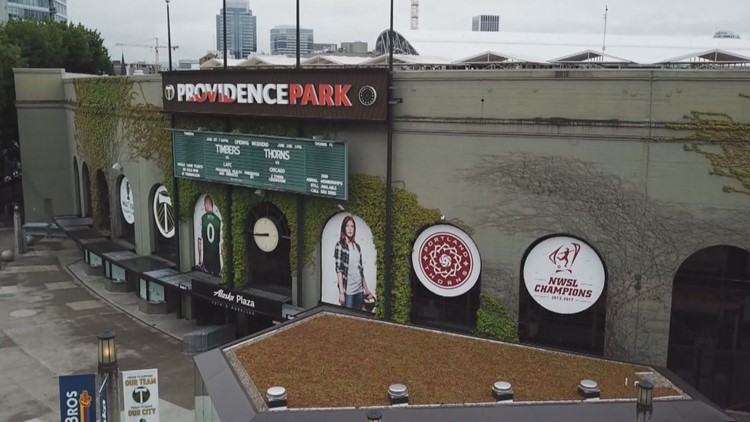 The Covington report comes more than two months after another investigation, which found emotional abuse and sexual misconduct were systemic in the league.

PORTLAND, Ore. — A new report released Wednesday confirmed widespread misconduct in women’s professional soccer for a decade, notably within the Portland Thorns organization. This comes on the heels of an investigation that came out in October that prompted the firing of two team executives, and for Merritt Paulson to put the team up for sale.

Many of the findings from the Covington report, commissioned by the National Women’s Soccer League and the NWSL Players Association reiterate what the Yates Report found when it was released in October 2022: widespread misconduct perpetuated by a toxic environment.

Thorns fans hope this latest report will lead to real change in the club and for the entire league.

“The past year, year and a few months have just been a roller coaster, and it’s been a roller coaster mainly going downhill,” said Gabby Rosas of the Rose City Riveters. “I think it’s important to make sure that we acknowledge that all of this is happening because of the bravery and the determination of players to make this league be better for it to be safer, for it to be less sexist, homophobic, racist, and to have fewer sexual predators involved in it. They just really pulled back the curtain.”

In October, the Yates report found emotional abuse and sexual misconduct were systemic in the sport and spanned multiple teams including the Thorns organization. Investigators also noted running into problems accessing documents and witnesses while working on the report.

The new Covington report found much of the same to be true. The Joint Investigation Team found “that the underlying culture of the NWSL created fertile ground for misconduct to go unreported.”

“The culture of the NWSL kind of enabled, not just abuse to flourish, but to not be reported,” said Meg Linehan, , a senior writer for the Athletic. “This culture of ‘be grateful, be loyal. You’re playing and that’s a gift.'” Portland, I think, especially was able to use that to its advantage because for so long in this league it was the team.”

Linehan’s 2021 article in the Athletic highlighted allegations against former Thorns head coach Paul Riley, and helped spark the investigations over the last year.

While part of the Thorns, Riley allegedly sexually coerced players, provided alcohol to players and drank excessively with them. He also allegedly made derogatory comments about players’ weight and sexual orientation.

The new Covington report found that the Thorns, U.S. Soccer and the NWSL enabled Riley’s coaching career for another six years by failing to be transparent “about the allegations and findings of misconduct against Riley in 2015.”

“There’s a lot of finger pointing at who knew what, and who would have been able to say more,” said Linehan, “But fundamentally, I still think that there is a failing that any of these people with knowledge of the investigation from 2015 could have at any point said more.”

KGW reached out to the Thorns for comment, but has yet to hear back.