Update: This story has been updated with the episode showing removal of the plane from the Mount Jefferson Wilderness and honoring pilot Wayne Wirt, see below

The family of a pilot who died in a plane crash deep in the Mount Jefferson Wilderness received help last week from an unlikely source to remove the plane’s debris.

Wayne Wirt, 67, of Chehalis, Washington, died Sept. 22 when his Piper Cherokee crashed just south of Mount Jefferson on a high peak during a solo flight between California and Washington.

On a GoFundMe page and a Statesman Journal story, the family said they were struggling to pay the $25,000 to $50,000 required to remove the debris about 6,500 feet from a federal wilderness area, miles from any road.

The call for help was heard by Dave Sparks, often known as “Heavy D,” and Dave Kiley, often known as “Diesel Dave,” who are best known for starring in the reality show “Diesel Brothers” and now appear on the HeavyDSparks YouTube Channel.

Sparks emailed the family to offer his services in getting the heavy helicopters that would be required to remove the plane’s wreckage below the 6,720-foot summit of South Cinder Cone.

The family agreed, saying Wayne and the family were previously big fans of Sparks and Kiley.

“The coolest part from my position is the fact that Wayne loved watching all the guys on YouTube who ended up helping,” said April Winters, Wayne’s daughter-in-law. “So it felt like the video itself brought closure.”

Wirt, who built movie sets in Southern California before retiring to Chehalis years ago, left behind a wife and three children.

Last Thursday, two helicopters organized by Sparks, from Washington-based Northwind Helicopters, dropped off multiple personnel on the mountain and lifted the wreckage out of the area, according to the Linn County Sheriff’s Office.

Footage from the removal is part of an episode on the HeavyDSparks YouTube channel posted on Sunday “covers the removal process and celebrates the life of Wayne Wirt.” 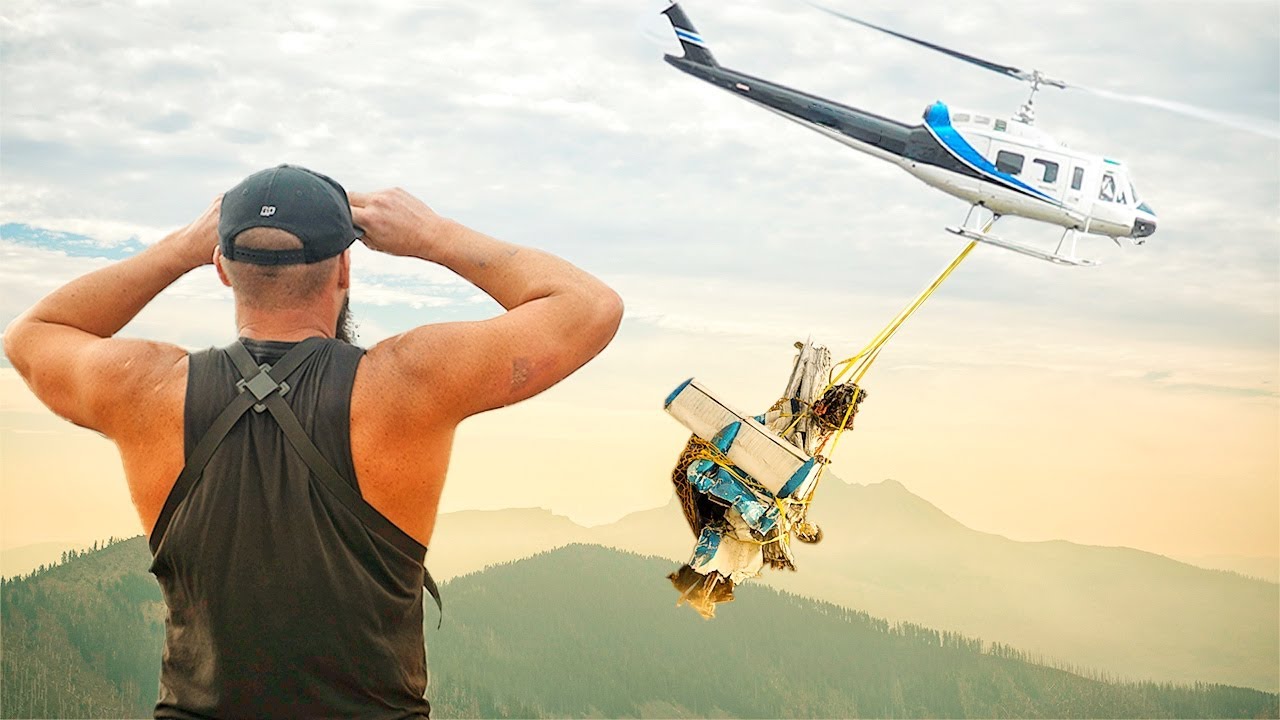 Linn County officials were on the scene “to recover any remains of Wayne Wirt and ensure the value of human life was at the forefront,” a news release said.

The aircraft is being taken to Washington, where the National Transportation Safety Board (NTSB) will conduct an inspection.

The cost of removing the crash fell on the family because the plane was not insured, and the family was told by the U.S. Forest Service they were “ultimately responsible for coordinating with a wreckage removal company.” It is not required that small airplanes be insured, unlike cars.

Because of the remote nature of the crash site — and its location in a federal wilderness area that outlaws the use of motorized vehicles — the removal required a large helicopter, “which is not cheap nor easy,” Winters said in early October.

The first contractor contacted quoted the family $50,000 to remove the aircraft, she said. Another quoted them $25,000.

They had limited time to get the work done before snow covers the area in the Cascade Range.

The Forest Service said any time debris or other property left in a forest, “it needs to be removed by the responsible party.”

“In the event of a vehicle or plane crash, this would normally be the owner, their estate, or possibly an insurer,” Tammy Robinson, spokeswoman for Willamette National Forest, said previously.

Zach Urness has been an outdoors reporter in Oregon for 15 years and is host of the Explore Oregon Podcast. To support his work, subscribe to the Statesman Journal. Urness is the author of “Best Hikes with Kids: Oregon” and “Hiking Southern Oregon.” He can be reached at zurness@StatesmanJournal.com or (503) 399-6801. Find him on Twitter at @ZachsORoutdoors.