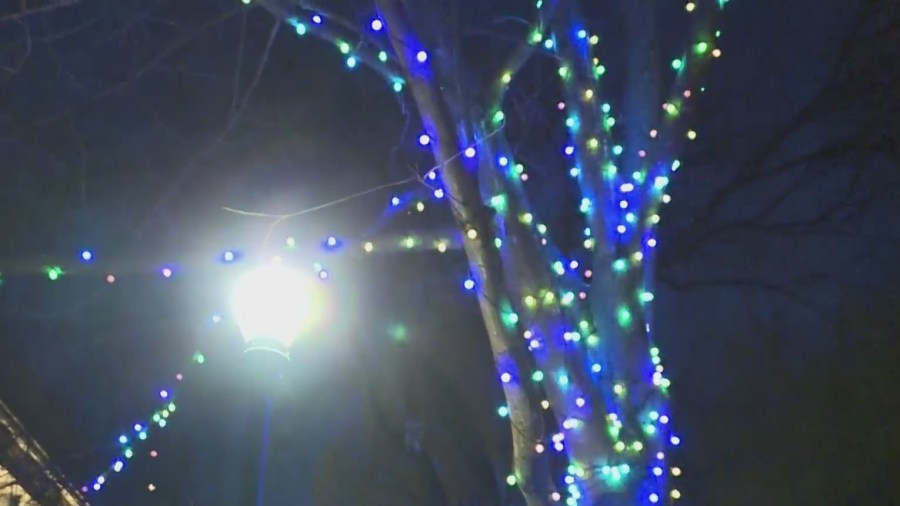 PORTLAND, Ore. (KOIN) – Looking to steer people back to Downtown Portland, the city is introducing a new expansion of holiday lights.

Downtown Portland Clean & Safe says not only are they adding more lights to the downtown display, but that they will be up longer.

Mayor Ted Wheeler kicked off “Project Illumination” Friday with a demonstration of the Singing tree, an interactive display that responds to voices and is one of nine installations to light up downtown this season.

“Lighting does so many things,” said executive director of Downtown Portland Clean & Safe Mark Wells. “It’s great for positive activity, gets people downtown, that’s why we like the interactive ones. It’s a destination event.”


Christmas travel at PDX: What to know before you go

Thanks to its many partnerships, DPCS said this year they’ve expanded the holiday light display has expanded from 750 trees to over 800 in the downtown area. Additionally, lights will be displayed in areas that historically have not had them, such as Old Town.

The hope, said Wells, is that the displays will further the safety and revitalization of downtown.

“After two pretty tough years, it’s even more important,” said Wells. “It’s really getting people downtown who maybe haven’t been downtown in a while and see what it’s like. It’s getting lightyears better every day.”

For a list of light locations go to downtownportland.org.