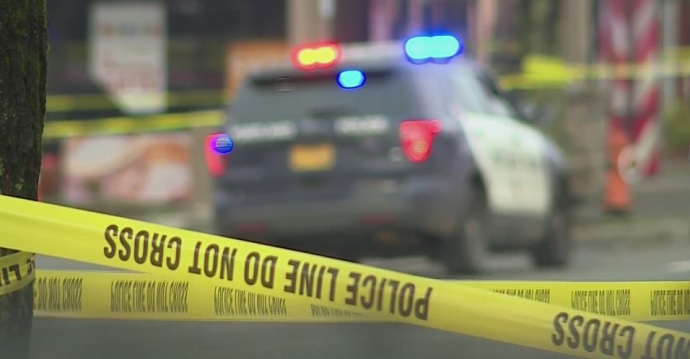 Following an “intensive investigation,” Portland police booked 38-year-old Kailen Guffey into Multnomah County Detention Center on charges of second-degree murder (with a firearm), first-degree robbery (with a firearm), felon in possession of a firearm and unlawful use of a weapon.

Portland police allege Guffey shot a man, who has not been publicly identified, during an attempted robbery in the area of Southeast 9th Avenue and Southeast Market Street around 11 a.m. Wednesday.

Before being taken to a hospital, officers treated the victim at the scene and applied a chest seal. Despite their efforts, the man succumbed to his injuries and was pronounced dead at the hospital.

According to police, two people possibly associated with the incident were detained.

PPB said it will release the victim’s name once his family has been notified and the medical examiner confirms his cause and manner of death.