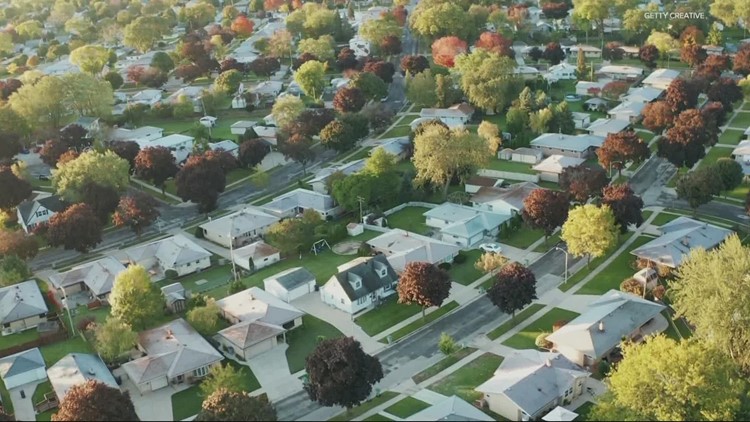 PORTLAND, Ore. — It’s no secret the housing market has changed within the last 5 years — and it will it cost Portlanders a pretty penny for a new home.

The Portland Business Journal took home values from Zillow and came up with the minimal annual income needed to buy a house within the Portland metro area — and it turns out a 6-figure salary is needed.

“It’s a sticker shock,” said Freddie Mack, who lives in Portland. “It’s hard to imagine if I were in my youth being able to afford something like this.”

Katie Spurlock a broker with Windermere Realty Trust said sellers are in shock with the housing market right now because they can’t get the prices that Redfin and Zillow were telling them their house was worth, just a few months ago.

Buyers are sitting on the sidelines now until mortgage rates, that are currently more than 7% for a 30-year fixed, settle down. This is the first time since 2002 since interest rates have gone that high, according to Freddie Mac.

Spurlock said she is seeing sales fall through more and more, but buyers from out of state are still moving here, and are taking their time with decisions.

RELATED: Portland renters can apply for relocation assistance in 2023 if their rent goes up 10% or more

The analysis also grabbed the attention of thousands on the KGW Facebook page.

Jennifer Souders said in a Facebook comment, “I’m a teacher, and I have to face the reality that I will likely never be able to own my own home with my income”.

Janet Loughrey also took to Facebook and said, “Houses on my street are selling for 9 times what I paid for my house back in the late 1980s. I could never afford to buy a house now.”

Spurlock anticipates housing prices to continue to drop or pause during the holidays. She believes things should start picking back up by the end of the year and into the new year.

New data for the Portland metro show closed home sales in October declined 38% from the year before, according to PBJ.

Pending sales dropped 42%. Both kinds of sales were down from this September, according to the Regional Multiple Listing Service. New listings were off by 22% year-to-year.

RELATED: US consumer inflation eased to 7.7% over past 12 months