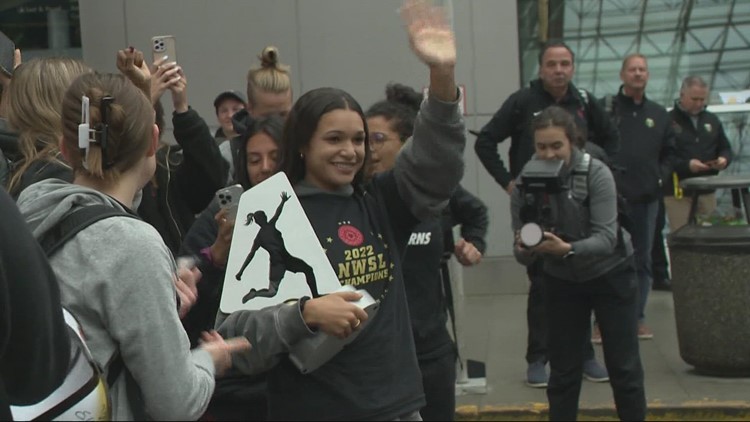 The celebration at Providence Park was free and open to fans.

Wyden had the honor of introducing Portland Thorns legend Christine Sinclair, who had some news to share.

“So I’m announcing it here, I’ll be be back next year,” said Sinclair, to roaring applause. “To win a fourth one of those [trophies] and f— Seattle!”

The Thorns also won in 2013, the league’s inaugural season, and again in 2017. The three titles are the most for any team in the league.

Smith received the title of MVP earlier this week after scoring a club-record 14 goals during the regular season. She was also chosen the championship game MVP.

“Honestly I just want to say we wouldn’t be here with this trophy without you guys,” said Smith during the rally. “You’ve supported us though our ups and downs and we just really appreciate that.”

On Sunday, hundreds of soccer fans gathered outside Portland International Airport to welcome the Thorns back home following their victory.