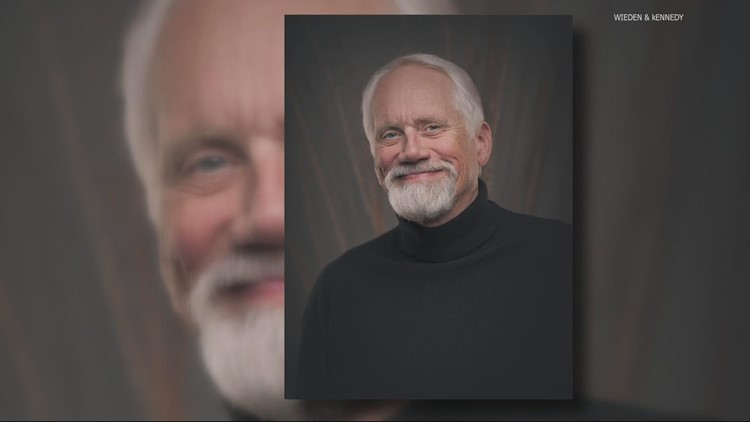 Those who knew Dan Wieden said he bucked industry norms by fostering creativity among employees in positive, healthy ways.

PORTLAND, Oregon — People around the world are remembering Portland native Dan Wieden. The man behind Nike’s famous “Just Do It” tagline and co-founder of advertising giant Wieden + Kennedy passed away on Friday. He was 77.

According to an obituary shared with KGW by Wieden + Kennedy, Wieden passed away peacefully at his home in Portland with his wife by his side.

A message posted Saturday on Wieden + Kennedy Social media platforms read “Thank you Dan, for throwing the doors wide open for people to live up to their full potential. We love you so much.”

Wieden was born in Portland and attended Grant High School and the University of Oregon, where he studied journalism. He and David Kennedy co-founded Widen + Kennedy in 1982. Kennedy passed away in Oct. 2021.

Around the office, former colleagues said the two industry giants behaved like anything but.

“They were just so humble and just so human,” said Natalie Welch, who spent five years at W+K and is now a professor of sport marketing at Seattle University. “Once you work there, it’s a family.”

Both Wieden and Kennedy shared a philosophy for achieving creative excellence that included encouraging employees to “fail harder.” Wieden said getting fired in the early 1980’s was one the best things that ever happened to him and played a big role in his future success.

“The agency is like a car going around a corner on two wheels,” Wieden said in a 2004 interview with KGW. “Everybody has to lean in the same direction to make sure it doesn’t fall over. I adore that. The energy that comes from that.”

Wieden loved giving generously. In 1996 he and his family started Caldera Arts, a summer camp that grew into a year-round community. It aims to enrich the lives of thousands of young people through environmental and artistic growth. Loved ones asked that gifts made in Wieden’s memory be made to Caldera Arts.

Those who knew Wieden believe all of it contributed to a person who lived his life even better than advertised.