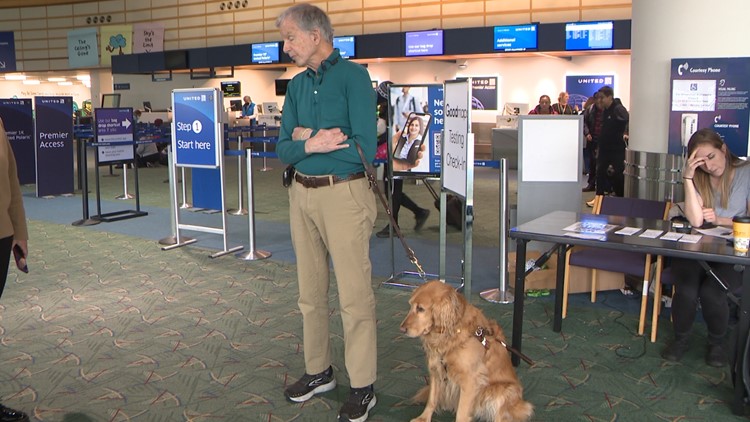 The app GoodMaps Explore will help those with a range of disabilities navigate PDX with ease and safety.

PORTLAND, Ore. — A new partnership between the Port of Portland and GoodMaps is rethinking how travelers get around the Portland International Airport. The app called GoodMaps Explore is free for download on Apple and Android devices and uses audio and visual instructions to help users find a variety of locations.

The app aims to give travelers with special needs greater agency and control over their travel experience. It has various settings that can accommodate individuals who are blind, deaf or neurodiverse. The app can also help just about anyone locate their gate, a bathroom, or even the closest place to catch a bite to eat with ease. The app also offers detailed instructions in English, Spanish, or French.

May, who is an innovator in GPS technology, was blinded when he was 3 years old. He was at PDX promoting the partnership and was interviewed by KGW.

“I go in an airport, I might wanna stop and get a coffee,” May said. “It’s up to me I don’t have to wait around for someone to show me how to get there.”

GoodMaps Explore was launched at PDX with the support from a variety of public and private entities. The Port of Portland’s Accessibility Committee, the Oregon Commission for the Blind, Portland State University, Washington State School for the Blind, Southwest Airlines, and United Airlines all came together to make the effort possible.

PDX is now the second airport worldwide to partner with GoodMaps.

“Indoor navigation is the new frontier, and the Portland airport is only the second airport where we now have these detailed maps,” said May.

GoodMaps makes use of mapping technology and predictive AI to provide realistic models of environments. There are no cameras, antennas or hardware. It works just like Google Maps.

“The purpose really is to have navigation indoors like people are used to outdoors,” says May. “I want to put in my gate I want to know what’s along the way and I want to get there independently.”

There are plans to expand both the number of languages, and information offered through the app in coming years. GoodMaps is also looking to expand service to more airports and public spaces in the future.