Each and every week during the football season, what the Oregon Ducks are going to be wearing on Saturdays is always a story. They have been given the de-facto nickname of “Nike University” for good reason, as the Ducks have made it a thing to debut unique uniform combinations for each game of the season.

That uniform combination for this week against the UCLA Bruins is more special than most.

Heading into the bye week, Oregon unveiled their ‘Stomp Out Cancer’ uniforms, meant to be part of the Breast Cancer Awareness that takes place in October. The jerseys are black, fit with pink numbers, wings on the helmet, and other accents throughout the kit.

While these uniforms mean a lot to people who have experienced breast cancer or been close to someone impacted by it, they also hold special meaning to a lot of Oregon players. When talking to them this week, I asked about what the uniforms meant to a few of the guys we interviewed: 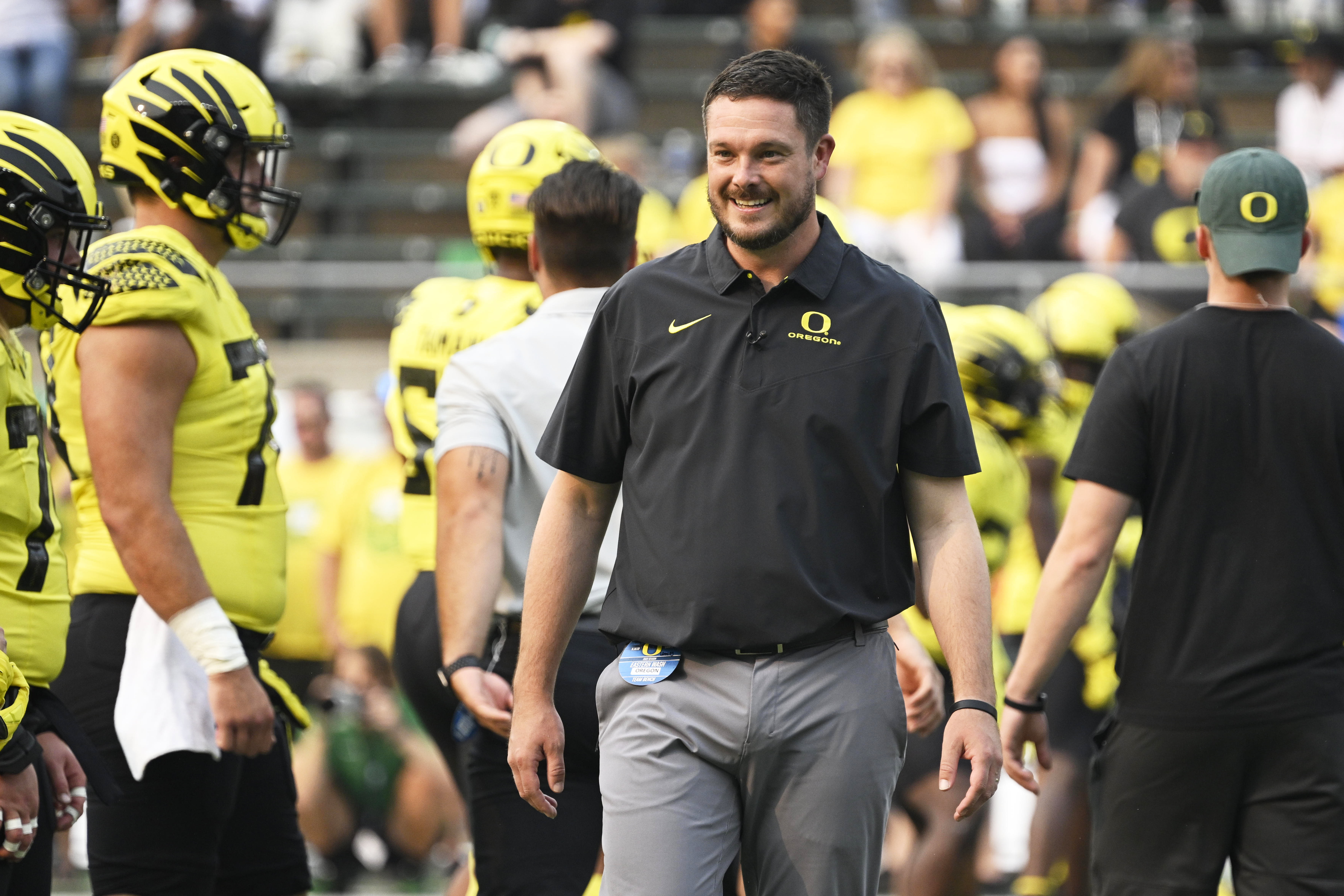 “I love the way we’re partnered with Nike and the things that they can develop for us and our team. This one this kind of has a special place for me, from a cancer standpoint, just because my wife’s a cancer survivor. And I think it’s really always special when you have a stage and you can do it for a special cause.” 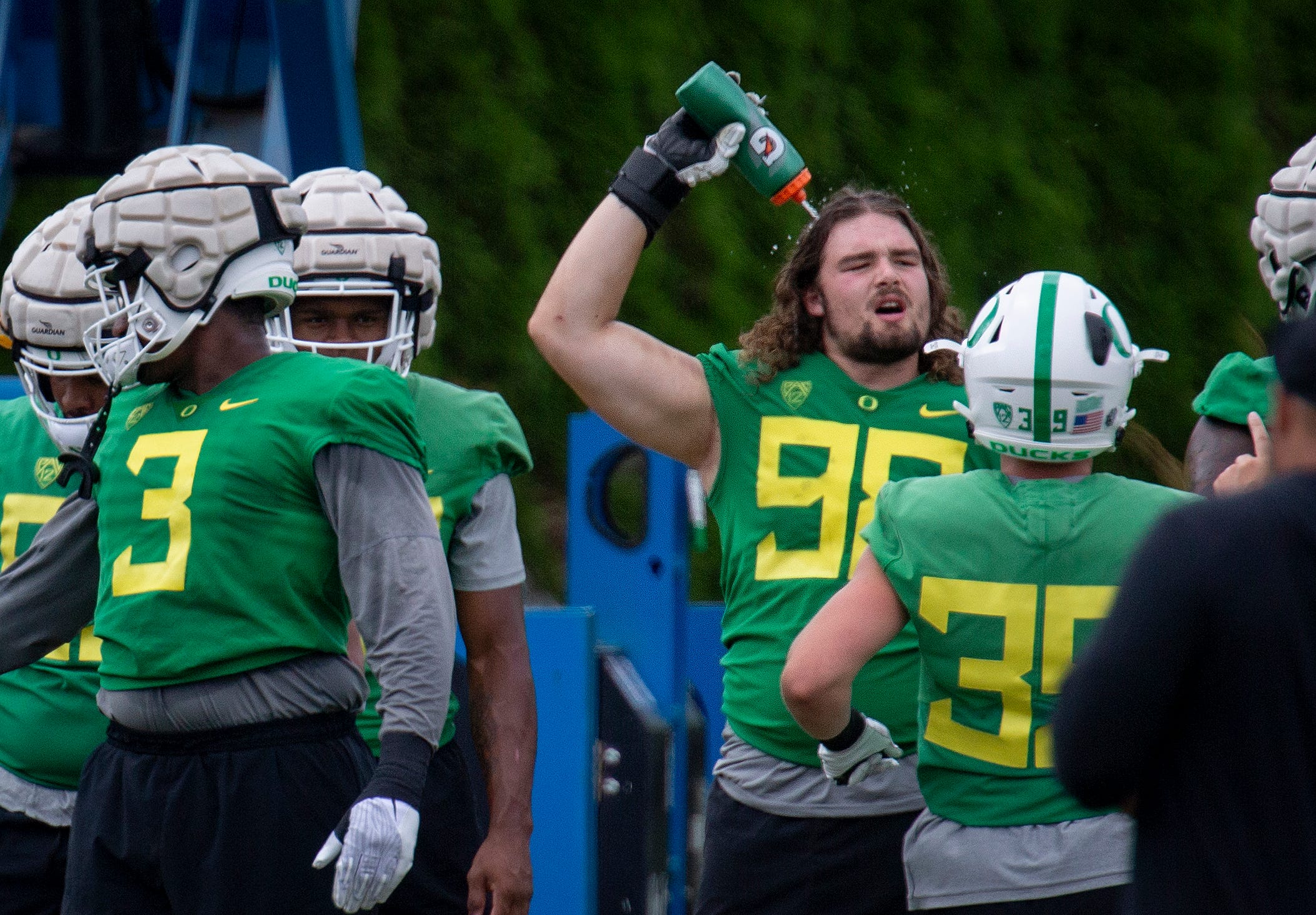 “I love those uniforms. You know, it actually hits me personally. My grandma was a breast cancer survivor. So I mean, even when I was in high school, I always liked to rock pink during October. So it’s actually really special that I’m able to do that in college. You know, unfortunately, she’s not gonna be able to come to the game but I’m pretty sure when it’s all said and done when I’m done here at Oregon I’ll be happy to hand that jersey over to her for her to keep.” 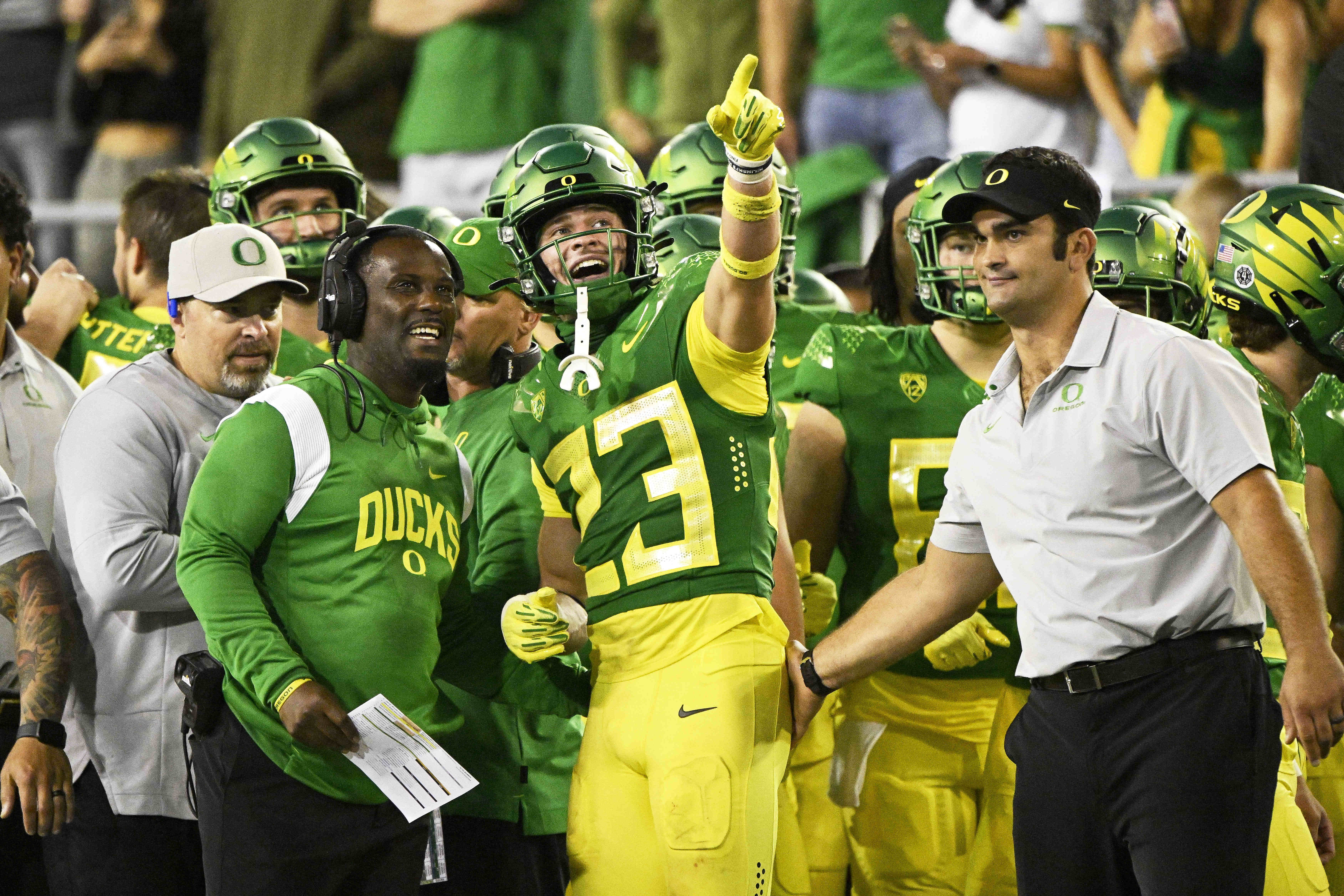 “I think they’re sweet. You know, I’m a fan of any new ones we come out with even if you know people are hating on it, which I really don’t know what the consensus has been with these. But I really like it so I’m excited. I like the green letters and then the pink numbers like a little switch-up. I think it’s cool.” 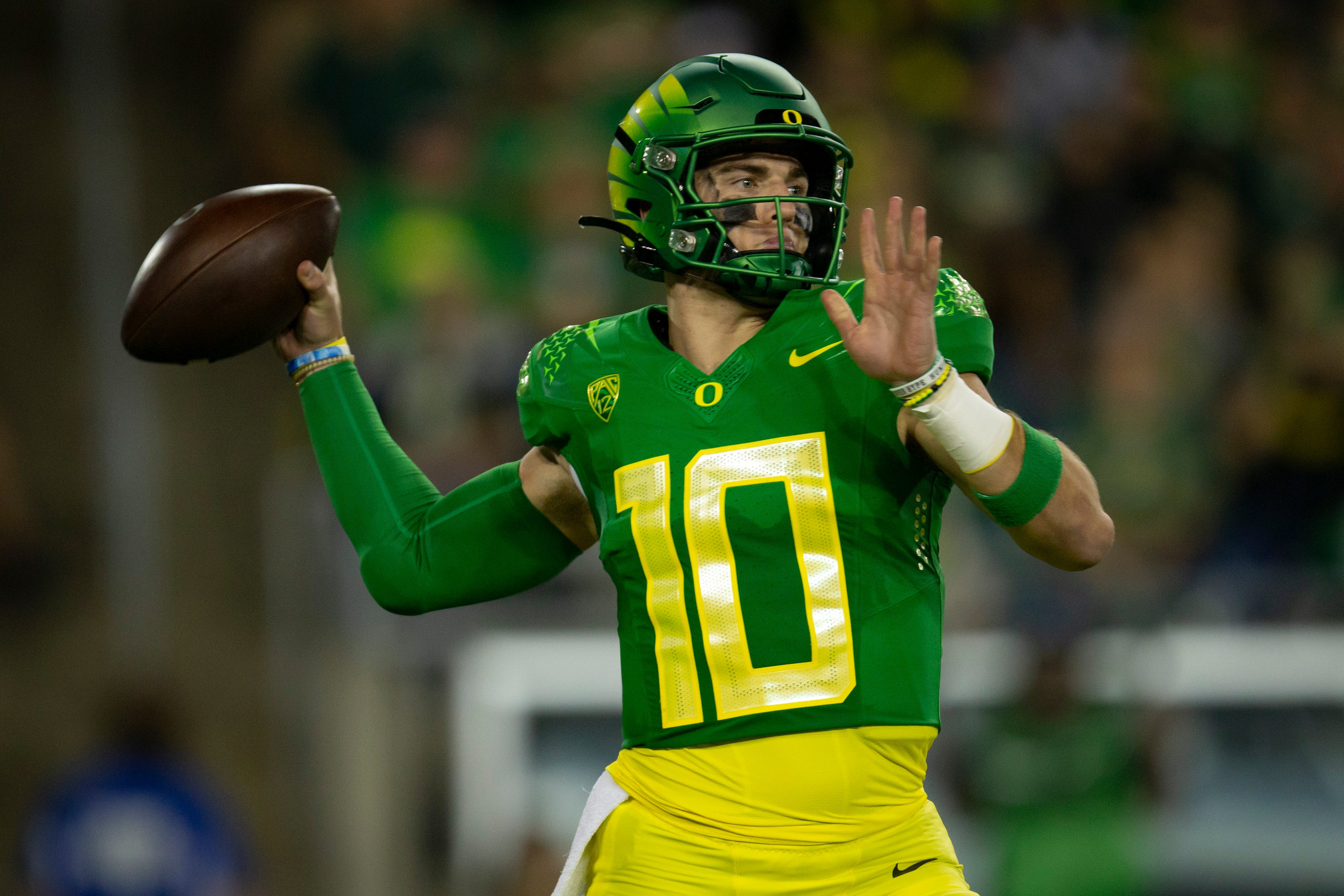 “I mean, it goes back to Oregon being Oregon, and you know, Nike being who they are and Oregon being one of those main brands that gets to kind of advertise for it. So I think it’s gonna be great and obviously, breast cancer awareness is a really important thing for a lot of people. It’s important for me, I’ve had several, you know, family friends that have gone through that and so I understand what it means and it’s just really important that you bring awareness to that and show honor to those people that have been through that.” 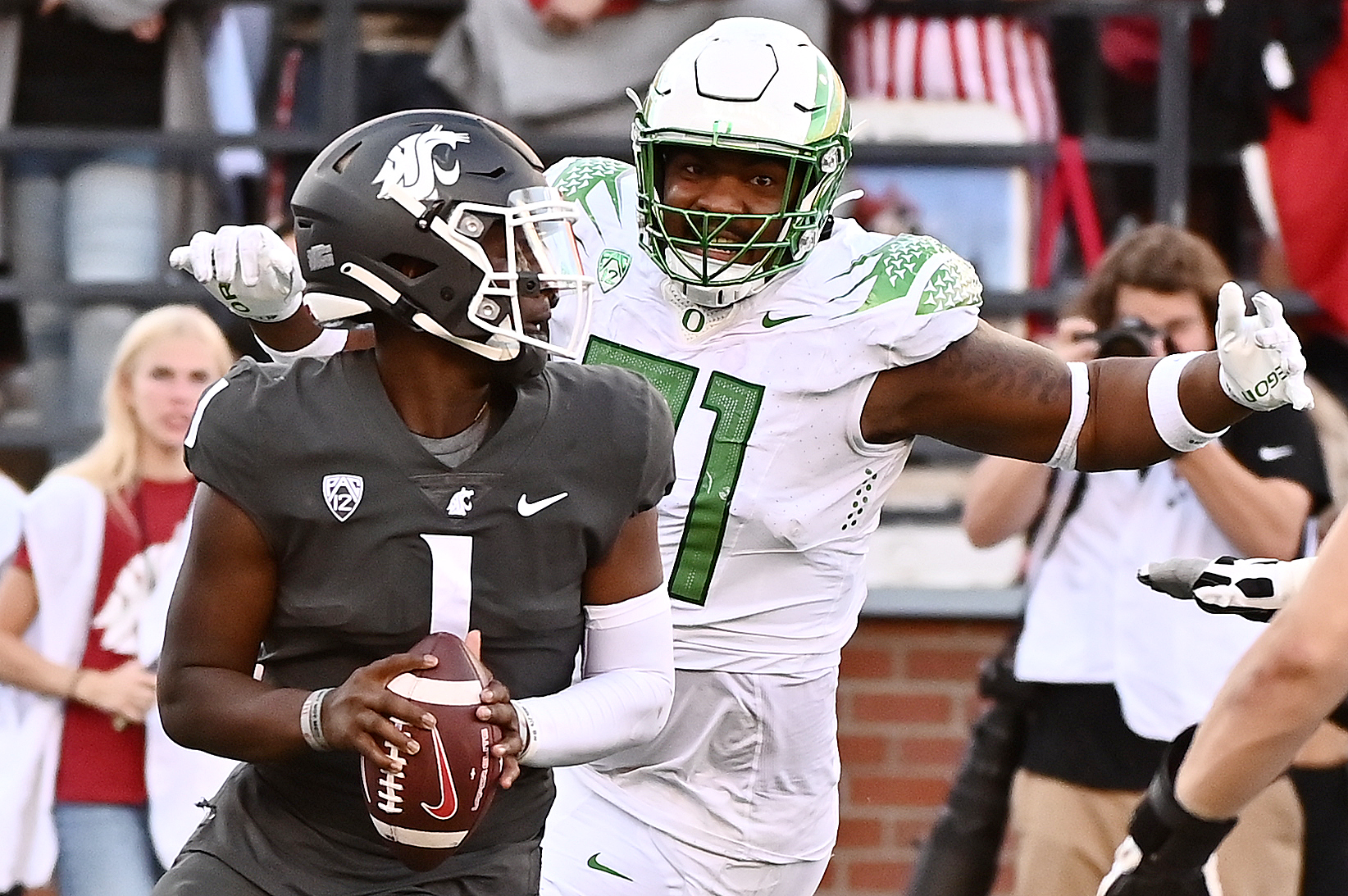 “You know those are pretty nice, you know. I played for Nebraska, so it’s hard to get used to, you know, wearing a different uniform every week. I was just telling somebody like, I’ve never been in a place where I had to change my helmet every week. So I think that’s pretty cool. And it just shows the awareness, you know, shows the light. I don’t think we don’t need to get in the way of, you know why we’re wearing those. You know, a lot of people in the team have had past family members that dealt with that. So I think that’ll be big for those families.”