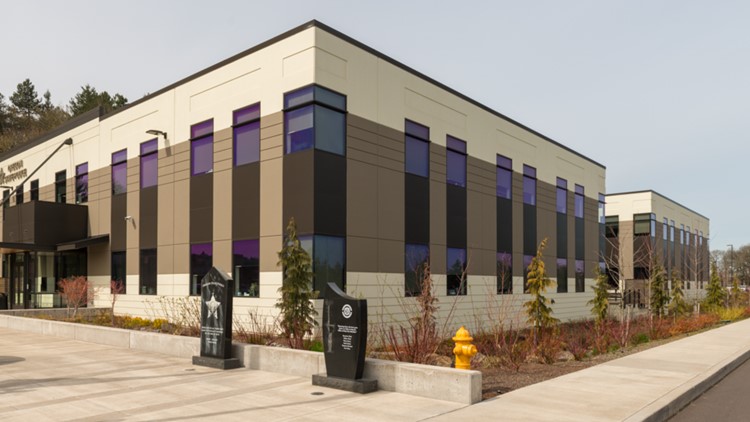 Measure 114 would have gone into effect Thursday, but a Harney County judge’s restraining order has blocked the law temporarily.

SALEM, Ore. — Thursday was supposed to be the day that Oregon’s Measure 114 went into effect, but the matter remains on hold due to a court order out of Harney County in eastern Oregon.

Though voters narrowly approved Measure 114 just one month ago during the November midterm election, legal entanglements surrounding the measure have become increasingly convoluted. Just hours before the state-level judge’s order, a federal judge ruled that it could go forward with a 30-day delay on the gun permit process.

Due to the Harney County judge’s block, no part of the law took effect Thursday as originally anticipated. An update in the case is not expected until Tuesday, when the next hearing in the case is scheduled.

Though gun sales continue in Oregon unimpeded, Oregon State Police launched a web page Thursday that allows visitors to get a look at the anticipated process and permit application for Measure 114, if it ever takes effect.

Measure 114 required that OSP handle the creation and hosting of the permit application, so the state police agency has been scrambling since November to get this part of the process ready to go. Now we have a better idea of what the process will look like, should Measure 114 survive its legal troubles.

The first step before getting to the application itself would be completion of the required gun safety class, and getting the necessary proof that you’ve done so. This remains the biggest question mark in the process right now, and OSP said it’s working with the Oregon State Sheriff’s Association and chiefs of police to get it figured out.

Measure 114 requires very specific gun safety training, with requirements that don’t necessarily align with existing Concealed Handgun License training. On Monday, Eugene’s chief of police said that he is unaware of any gun safety class being offered in Oregon that would fulfill all of the measure’s requirements, which include live fire training.

Next comes the application itself. The form is pretty standard, asking applicants for their legal name, proof of address, etcetera. The third page asks the applicant to verify that they are legally allowed to own a gun, through multiple steps.

Two of these declarations stand out. One asks that you confirm to the state that you don’t use or are addicted to marijuana. It notes that the drug is still illegal under federal law — and even though it’s legal to use recreationally in Oregon, you’re not supposed to be using it at all if you own firearms.

Next, the application asks if you understand that you’ll be fingerprinted and photographed as part of the background check.

After submitting the application, your local police department or sheriff’s office is supposed to collect the fee, which can be no more than $65, take your picture and collect your fingerprints. Then local law enforcement must review the application, and if everything checks out, send it on to OSP for the full background check.

After the background check is complete, OSP will report back to the local police or sheriff’s office with a “qualified or disqualified” determination. Local law enforcement will have the final say on whether an applicant can get a permit to buy a gun, and they have 30 days to decided after hearing from OSP.

That will be the process, anyway, if the “permit to purchase” aspect of Measure 114 makes it through the legal challenges it faces. It’s possible that even if the measure survives, it comes through with certain pieces missing. A legal expert we spoke to said that he thinks the measure’s ban on high-capacity magazine sales could be first to go.

There’s another section of the OSP permit page that is supposed to answer questions about Measure 114, but that seems to be on hold. The dropdown menu “Anticipated Questions” reveals a blank space simply labeled “Work in Progress.”