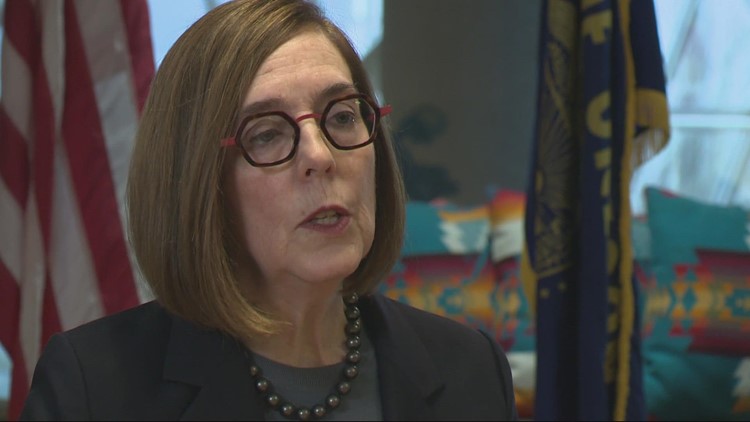 SALEM, Ore. — Gov. Kate Brown said Wednesday she is appointing two justices to the Oregon Supreme Court before she leaves office, which makes every justice on the state’s highest court a Brown appointee.

She is appointing Stephen Bushong and Bronson James to the high court. Brown, whose tenure as governor ends in a little over a week, has appointed 112 judges during her time in office, Oregon Public Broadcasting reported.

Brown’s announcement also included an appointment to the Oregon Court of Appeals and two appointments to the Multnomah County Circuit Court.

“I have sought to appoint highly-qualified individuals with deep connections to their communities, extensive courtroom experience, and professional and lived experiences that are representative of all of Oregon,” Brown said in an emailed statement.

Brown’s efforts will have a lasting impact on the high court and the state’s tax, trial and appellate courts.

Since taking office in 2015, she has appointed 56 judges who are women, 55 who are men and one who is nonbinary. Twenty-seven judges she appointed are people of color, two of whom are Native American, and eight who identify as LGBTQ.

Bushong has been a judge on the Multnomah County Circuit Court since 2008 and will fill the position created by Justice Thomas Balmer’s retirement. Before becoming a judge, Bushong litigated civil cases at the Miller Nash law firm and with the Special Litigation Unit at the Oregon Department of Justice.

James has been a judge on the Court of Appeals since 2017 and will fill the spot of Chief Justice Martha Walters as she retires. Previously, James was an appellate public defender with the Oregon Office of Public Defense Services and represented injured plaintiffs, as well as criminal defendants at his own firm.

Brown is appointing Megan Jacquot, currently a judge on the Coos and Curry County Circuit Courts since 2016, to the state Court of Appeals vacancy created by James moving to the state Supreme Court. Jacquot previously practiced as a juvenile defense attorney and appellate attorney in Coos Bay. She is an enrolled member of the Choctaw Nation and will be the first tribal member to serve on an appellate court in the state.

Bryan Francesconi, a public defender, and Rima Ghandour, a civil litigator, will fill the vacancies on the Multnomah County Circuit Court.

Oregon Supreme Court Justice Adrienne Nelson, the first Black judge on the state’s highest court, has been nominated as a federal judicial nominee by the Biden administration and is awaiting approval from the U.S. Senate.

Brown was barred by term limits from running for governor again. On Jan. 9, Democrat Governor-elect Tina Kotek will be sworn into office.