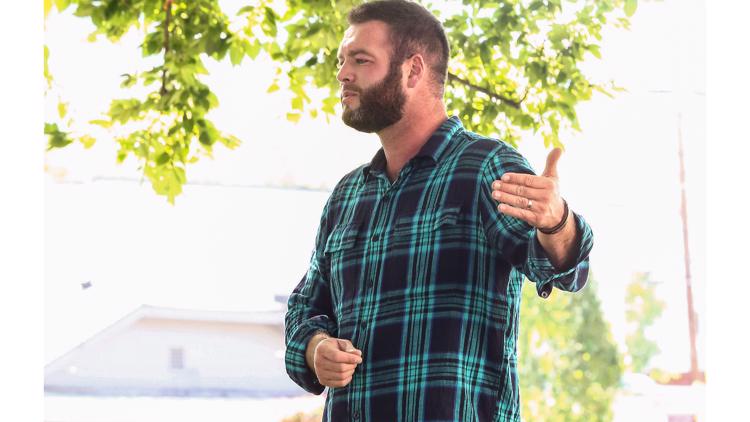 State Sen. Dallas Heard said Thursday that his resignation is effective on Jan. 1, in the middle of his four-year term.

SALEM, Ore. — A Republican state senator who once led Oregon’s GOP party, and who railed against pandemic safety measures, Democratic senators and even members of his own party, has abruptly resigned as a lawmaker.

And so ends, at least for now, the stormy political career of Sen. Dallas Heard, a lawmaker from rural southwest Oregon who said Thursday that his resignation is effective on Jan. 1, in the middle of his four-year term.

Heard has publicly called fellow lawmakers “fools” and was once escorted from the Oregon state Senate floor for refusing to wear a mask. He said that he would have worn a mask if asked, but that he objected to being ordered to wear one.

Republicans’ disappointing results in the November election may have factored into Heard’s decision, though he said that he is leaving because he wants to dedicate his time to his children.

During a demonstration by supporters of former President Donald Trump outside the Oregon State Capitol on Jan. 6, 2021, Heard pointed at the building and shouted through a megaphone: “Don’t be violent, take action, trust in God and take down these fools in 2022.”

In his note on Thursday, Heard expressed disappointment at the low turnout of conservative voters.

“We have been losing this state and nation because collectively we are doing almost nothing to fight the good fight,” Heard wrote. “We must do better than this if we hope to stand a chance.”

In March, Heard quit as chair of the Oregon Republican Party and said that “communist psychological warfare tactics” were being used within his own party.

Last year, Heard showed up at a high school in his district intending to give a speech about fundamental individual rights. He was approached by a school resource officer and told to leave, News-Review, a local newspaper, reported.

Without sharing specific examples, Heard said on Thursday that “the country as a whole has seen an ever-growing movement of evil rising that is determined to take our children’s hearts and minds away from their parents.”

County commissioners in Heard’s district in southwest Oregon will select a replacement to complete his term, which ends in January 2025.

Asked for comment on the resignation, Senate Republican leader Tim Knopp’s spokesperson forwarded a statement in which Knopp thanked Heard for his service.