Oregon continues to climb up the USA TODAY Coaches poll

The first day of October didn’t bring many upsets in college football, although Missouri gave No. 1 Georgia a huge scare.

As a result, there weren’t many changes in the USA TODAY Sports AFCA Coaches Poll this week. Oregon, however, climbed three spots to No. 12 after the Ducks’ 45-27 late-night win over Stanford. They are one spot behind No. 11 Utah, which moved up two spots after its big win over Oregon State.

USC remains the top Pac-12 team in the poll. The Trojans stay the No. 6 team in the country.

UCLA makes it first appearance in the poll as the Bruins (5-0) are on a nine-game winning streak. The Bruins are preparing for a huge game next week with Utah in the Rose Bowl.

Despite their most recent and first loss of the season, the Washington Huskies stayed in the poll at No. 24.

5 takeaways from Ducks revenge-filled blowout over the Stanford Cardinal 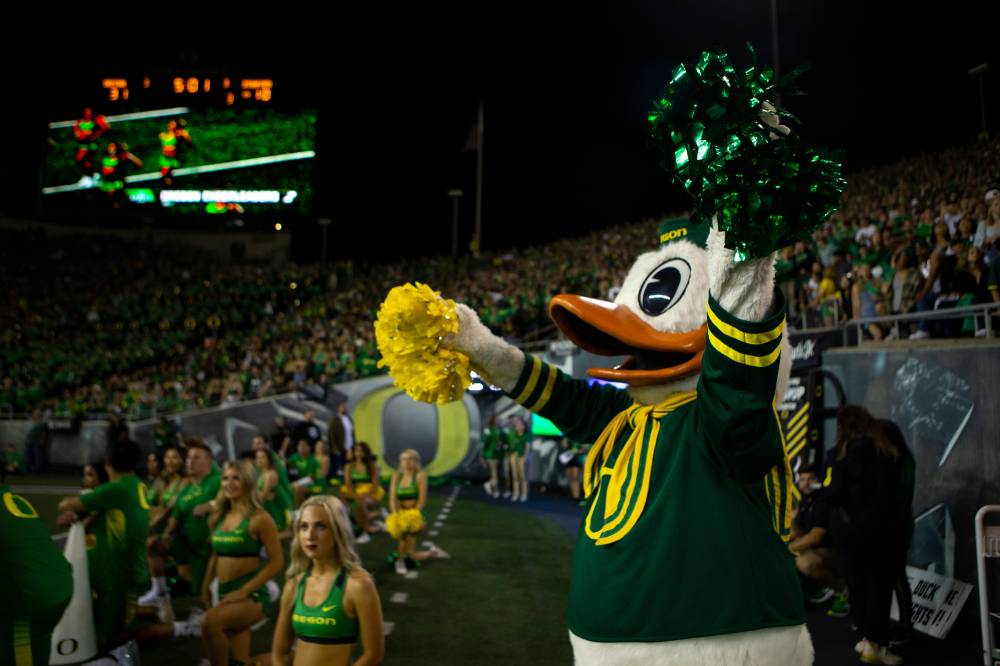