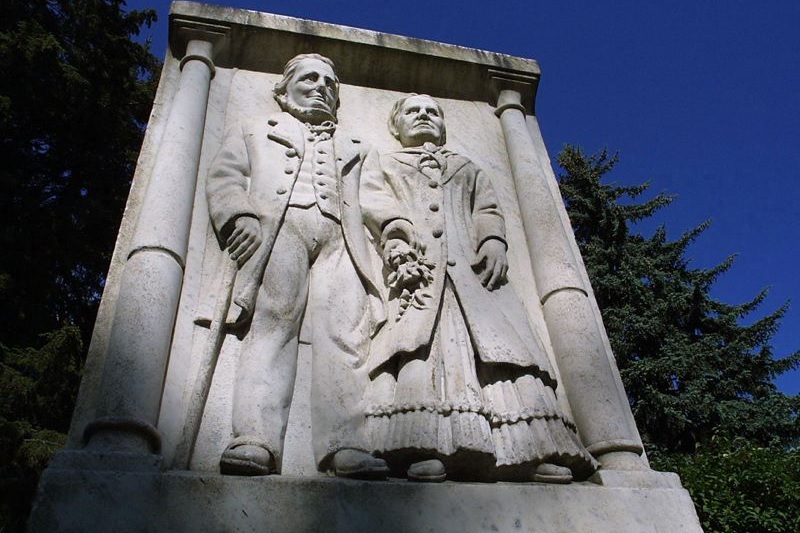 Cemeteries become targets for vandalism each October, but there are ways to help preserve the historic monuments

PORTLAND, Ore. (KOIN) — With October being the mark of the spooky season, Halloween-centered celebrations can often result in cemetery vandalism.

“We are part of Oregon Parks and Recreation Department and all of our work is intended to document historic places and help people preserve them and also share them with the public,” Oregon Heritage Grants and Outreach coordinator Kuri Gill explained.

Gill is also the Historic Cemeteries Program coordinator. She said that around this time of year, there is a spike in monuments vandalized by people who did not necessarily intend to cause any damage.

“What we see is a lot of monuments all at one time toppled and broken, and then that’s a big bunch of damage for typically small organizations to try to restore and repair,” Gill said. “It also can be really dangerous. Those monuments, even ones that look small, are hundreds of pounds. If you accidentally topple the wrong way, you could really get injured so it’s a safety issue as well.”

“Let’s also talk about why they exist and what they mean to people individually, but also what kinds of stories they tell about the community,” Gill said. “They can be really powerful stories about the history in that community, who was included [and] who was not included.”

In addition to the resources that the OCHC provides for cemetery caretakers, such as technical assistance, monument repair and grants, the commission is also promoting Halloween events that allow for “respectful access” to Oregon’s historic cemeteries.

One event will be on Sunday, Oct. 30 from 1 p.m. to 3 p.m. at the Oceanview Cemetery in Warrenton. This event, called Talking Tombstones, teaches visitors about the cemetery’s rich history through guided tours led by actors who tell the stories of people who were buried.

Southeast Portland’s Lone Fir Cemetery is hosting a similar Tombstone Twilight Tour on Oct. 30, although those tickets are sold-out.

An alternative option is the Portland’s Founding Women tour on Saturday, Oct. 22 from 10 a.m. to 12 p.m. This tour will teach people about the women buried at Lone Fir Cemetery, some of whom were artists, suffragettes and civic leaders. Tickets are $10.

Community cleanups are another way to honor these cemeteries and the historical figures who inhabit them. From 9 a.m. to 12 p.m. on Saturday, Oct. 29, volunteers will gather at the Jacksonville Cemetery to clean the site in preparation for the winter.

According to Gill, there are plenty of actions that people can take to help preserve their local cemetery — including walking on the historic grounds to prevent vandalism, volunteering for cleanup days and donating.

“I encourage people to take a look at a historic cemetery in their area and explore it a little bit and remind people that they’re important places that should be cared for,” she said.