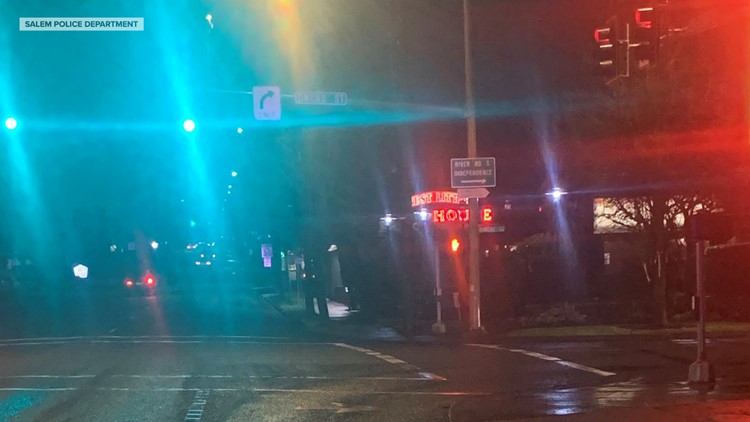 SALEM, Ore. — Just before 6:00 p.m. on Christmas Eve, police responded to a report of an accident. The incident took place near the intersection of Commercial and Owens Street Southeast on Saturday evening near the Best Little Roadhouse in Salem, according to the Salem Police Department.

Officers found a man who was the driver of a truck that collided with a tree. He was the only person found in the vehicle.

Officers and paramedics worked to remove the man from the truck and transported the driver to Salem Health where he died from his injuries.

The driver has been identified as Stephen William Sacchi, 33 from Beaverton.

In the Traffic Team’s preliminary investigation, they found that Sacchi was traveling southbound on Commercial Street Southeast when his truck swerved out of his lane and onto the curb on the west side of the street. The truck came to a stop when it crashed into a tree on that block, according to a press release from the Salem Police Department.

This crash is still under investigation.