Officials: Wildfire just outside of Seaside spreads to 20 acres 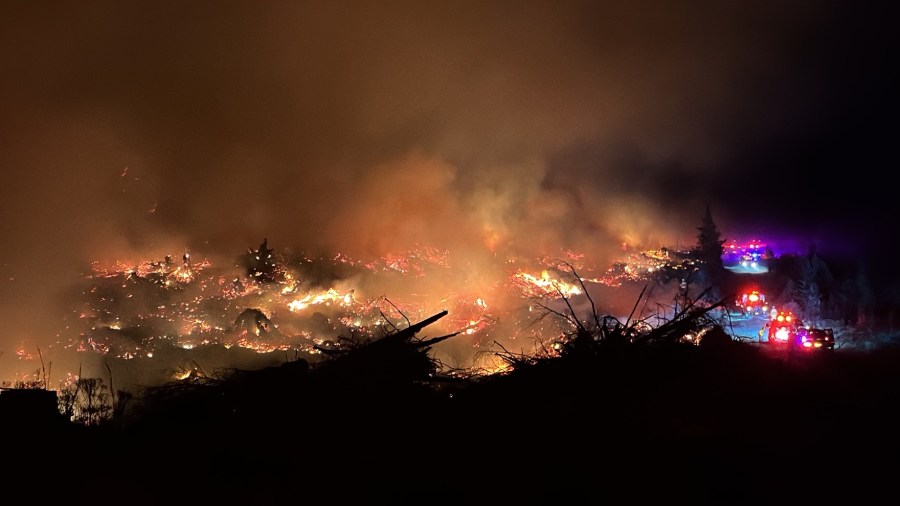 PORTLAND, Ore. (KOIN) — Seaside officials say that a 20-acre wildfire began on Thursday evening in the region and is expected to last through the night.

The fire is reportedly less than three miles away south of Seaside city limits near the junction of Highway 101 and Highway 26.

Seaside Fire & Rescue responded to the blaze just before 7:45 p.m. during an east wind event in the region. Crews arrived to find a large fire in freshly-cut timberlands owned by Greenwood Resources near Square Creek Quarry.

Officials say that a gusty wind is pushing the fire west toward the ocean and that crews are holding the fire to the logged area. Approximately 40 firefighters and 13 response vehicles are reportedly stationed along the roads, extinguishing and monitoring spot fires that go past the containment area.

According to officials, fire conditions remain dangerous and authorities are asking the public to remain in place and avoid the area. Further updates will be shared as needed and if circumstances change.