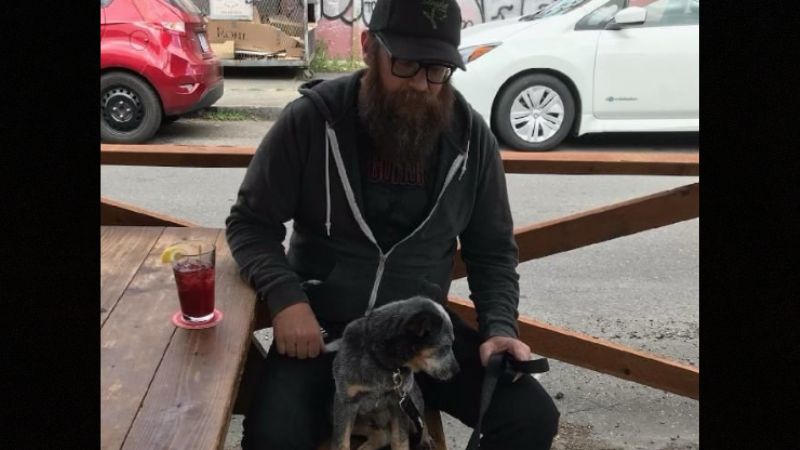 PORTLAND, Ore. (KOIN) — An investigation into the mysterious death of a Portland hiker and his dog left family with few answers in the two months that have followed. Now, after multiple requests from KOIN 6 News, public officials say they were shot to death and two people are facing charges.

Aron Christensen, 49, was on a camping trip in Central Washington back in August when he died while on a hike with his new puppy, Buzzo, who was also found dead. His family reached out to KOIN 6 this week after waiting months to find out why they were killed.

On Thursday, a grim update from law enforcement paints a picture of what they say were his final moments.

On Wednesday night, the Lewis County Coroner confirmed pathology tests were complete and ruled Christensen’s death a homicide after he was shot in the chest. On Thursday, the Lewis County Sheriff’s Office is now reporting that as a result of the coroner’s determination, 20-year-old Ethan Michael Asbach and a 17-year-old girl who hasn’t been named, will face charges of first-degree manslaughter and animal cruelty.

The sheriff’s office says on August 21st, the day after Christensen and Buzzo were found, a family member of Asbach reached out to authorities saying they had possible information on an incident at Walupt Lake. In an interview, LCSO says Asbach and the 17-year-old girl told investigators they were on a hike around 9 p.m. on the 19th when they heard growling noises and saw the eyes of what they believed to be a wild animal.

According to law enforcement, they opened fire. A short time later, they saw the man and dog dead. The two continued to hike but took a wrong path and say they exited the woods the next day on the 20th.

According to loved ones of Christensen, friends were camping with him at the time he left for the overnight solo hike with his dog were worried when he didn’t return on the 20th at the time he was supposed to be back.

Police responded to the area when someone else reported finding Christensen and his dog, and at that time, friends of Christensen saw the flashing police lights near the camp and went to talk to deputies about their friend missing, before learning he died.