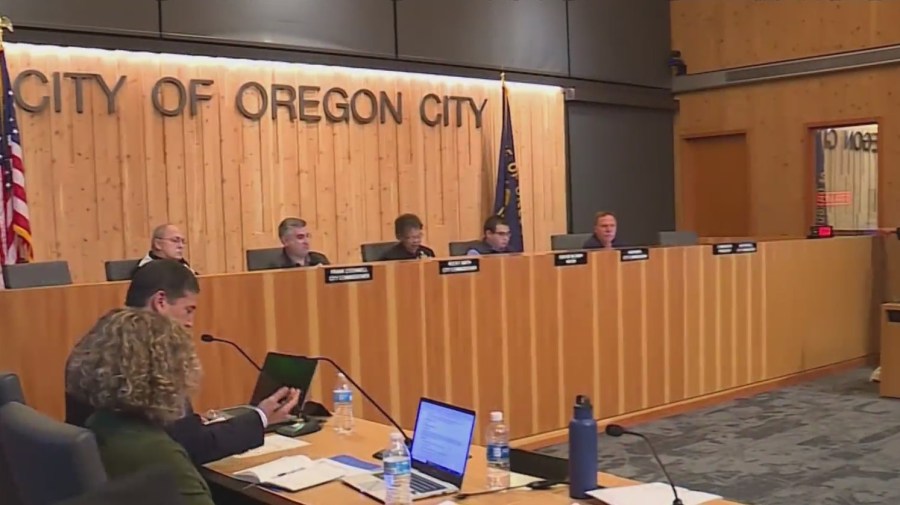 ODOT says the money brought in from the tolls will go to replacing nine local bridges.

PORTLAND, Ore. (KOIN) — The pushback against tolling plans continues a day after West Linn and Oregon City leaders held a meeting to discuss concerns over how ODOT’s proposed tolls at the Tualatin and Abernathy bridges might impact their communities.

At the Oregon City Commission meeting Wednesday, ODOT project leaders presented an update on their I-205 project and the potential effects.

“Our traffic models show that in 2045, congestion on I-5 will be reduced to two hours or less per day. And that’s compared to the 14 hours a day if we do nothing,” said Mandy Putney, the Urban Mobility Office Strategic Initiatives Director.

ODOT says the money brought in from the tolls will go to seismically retrofitting, or replacing, nine local bridges — adding the missing third lane in both directions — and helping to reduce congestion from the current seven hours daily to just two hours.

“So if you live in Oregon City, you’ve probably experienced diversion already. Right now a lot of neighborhoods cut through traffic because I-205 doesn’t work the way that it should be working,” said Putney.

But McGriff says tolling is not the problem, it’s where and how it’s done. The Oregon City mayor expressed to ODOT that she feels this project comes too little too late.

“Tolling on a higher level makes a lot of sense, but now we’re trying to apply it to a very specific small area and I believe I speak for the city of West Linn and for our community that we don’t want to be the guinea pigs for this process,” she said.