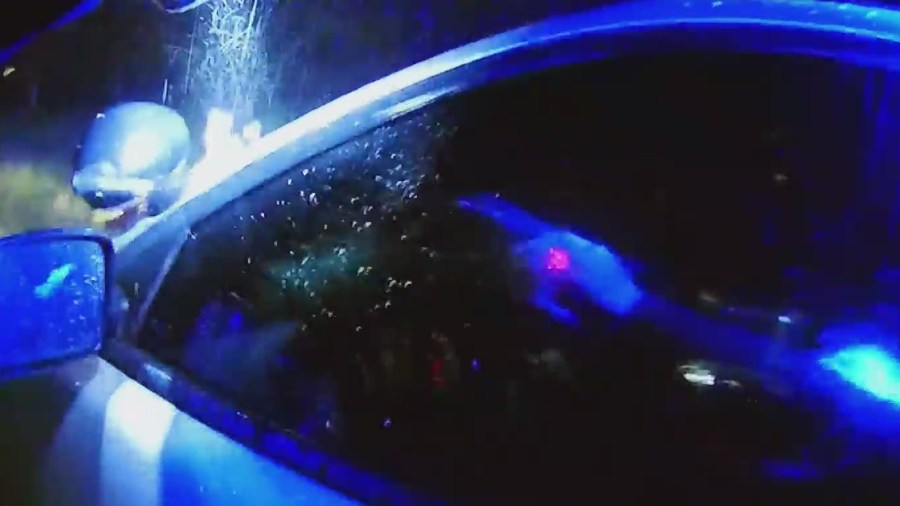 Editor’s note: The video in the story may be too graphic for some viewers.

PORTLAND, Ore. (KOIN) – New video footage of the moments before the death of Derrick Clark, who was shot by a Clackamas County detective and an Oregon State Police trooper in Milwaukie after a car chase in June, was released on Friday.

The footage was released by the attorney for Clark’s family.

On June 18, authorities said they suspected Clark was driving while under the influence and were engaged in a high-speed chase when Clark suddenly pulled to the side of the road and ran from his vehicle.

Dashcam footage of the end of the chase shows Clark getting out of the car and immediately running and tripping on his way out of the frame, his right hand going up in the air.

Authorities say the law enforcement officers ordered him to stop, and Clark’s right hand went into the air, at which point the detective and trooper opened fire. Bodycam footage reveals an officer shouting “gun,” and court documents reference a gun in Clark’s hand; however, the footage in the rain and spotlight in the dark makes it hard to see.

Almost two weeks prior to the video release, a Clackamas County grand jury returned a not-true bill, meaning that neither the Clackamas County Sheriff’s detective nor the Oregon State Police trooper involved would face criminal charges in this case, citing that Clark had raised a weapon in the air.

Clark’s family maintains that his having a weapon remains unclear in both the dashcam and bodycam videos, and that at the end of the day law enforcement authorities shot someone who was running away from them.