Multnomah County deputies’ use of force justified by DA’s office 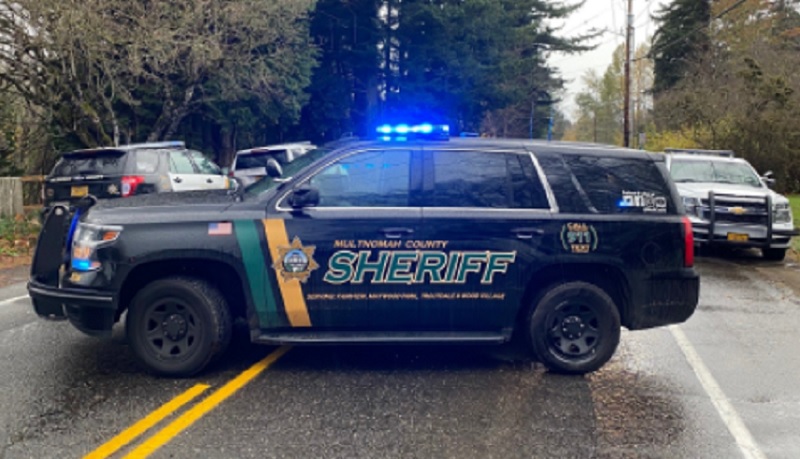 Sources said Deputy Rory McPherson was on patrol in the Lloyd District when he stopped a man who was associated with a stolen car. The man, Tristan William Borges, was detained but became uncooperative while in handcuffs and yelled at a woman inside a different car whom he reportedly knew.

The woman pointed a firearm at McPherson, and he reported over police radio that he had fired shots. Borges, still handcuffed, quickly got into the car, and the two drove away up NE Grand Avenue. Police did not pursue them.

The car was discovered a few blocks away after it ran a red light and collided with another vehicle. Both Borges and his accomplice, identified as 26-year-old Erin Marie Judge, were arrested.

Judge’s car was revealed by law enforcement to be stolen as well, and police found the loaded handgun she had brandished at McPherson inside. Judge faces 10 charges related to the incident.


RSV cases increasing in Oregon, what are the symptoms?

The Multnomah County Sheriff’s Office reports that Deputy McPherson is currently on critical incident leave, which is standard protocol. He was not hurt in the altercation.

“Deputy McPherson was threatened for doing his job, stopping a crime in progress and working to create safer communities,” Sheriff Mike Reese said. “The dangerous and reckless actions of the suspects not only put Deputy McPherson’s life at risk but placed many other community members in harm’s way.”

The District Attorney’s Office found that the facts and evidence in this case conclusively establish that the deputy reasonably believed that the suspect was an imminent deadly threat and that he took necessary action to defend himself.