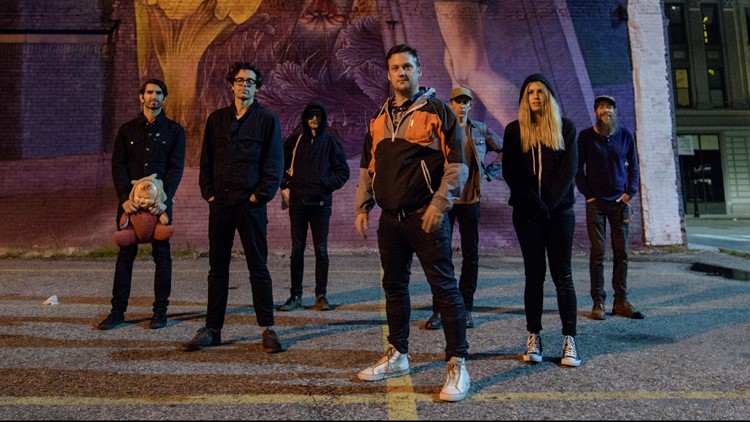 The band wrapped up their Lonesome Crowded West tour in Washington D.C. on Dec. 20, with plans to perform again in Mexico City in March.

The band announced Green’s diagnosis on their Instagram Wednesday, asking fans to support him through his treatment.

“Hi. Some of you may have already heard, but I figured it would be good to hear the news directly from our camp,” the post, written by frontman Isaac Brock. “Jeremiah was diagnosed with cancer a short while ago, and he’s currently in treatment. It seems to be going smoothly and making a positive difference. Jeremiah, as am I, are believers in the power of positive energy, so if you would be so kind as to send “good vibes” (to quote Jeremiah) in the direction of Jeremiah and his family, that’d be great.”

The details about what type of cancer Green was diagnosed with were not released.

The band wrapped up their Lonesome Crowded West tour in Washington D.C. on Dec. 20, with plans to perform again in Mexico City in March.

DJ Marco Collins, a friend of Green, confirmed on Twitter that the drummer was “pulled off the band’s tour (because) he is undergoing chemo.”

Collins said that despite the cancer being stage 4, the prognosis for Green was good.

Just found out my friend Jeremiah Green (@modestmouseband) pulled off the band’s tour b/c he is undergoing chemo to battle Stage 4 Cancer.

Despite having a stage 4 diagnosis, his prognosis is good! His oncologist is a big MM fan (so he’s got that in his corner!) Sending ❤️❤️!! pic.twitter.com/4oGorzezrd

Green was one of the founding members of Modest Mouse alongside Brock and bassist Eric Judy. They released their debut album in 1996, with seven more following. The most recent, “The Golden Casket,” was released in 2021.

Golden Casket was the second release by the band after an eight-year hiatus.

In 2015, when “Strangers to Ourselves” was released, Green told USA Today that the band was compelled to make another album despite the gap.

“It took us a long time to actually get down to recording,” he told the paper. “Writing songs is generally pretty easy — we play for hours on end just improvising, and then come up with a million instrumental parts, and maybe 20% of that becomes songs.”