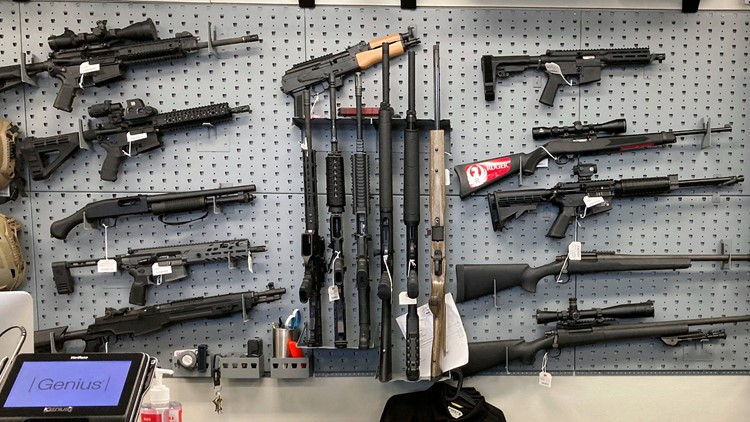 The ruling by Harney County Circuit Judge Robert S. Raschio was based on a different case than the one brought before a federal judge. The case Raschio ruled on was brought by Gun Owners of America and challenged Measure 114 under Oregon’s state constitution. Raschio set a hearing for Dec. 13 on a preliminary injunction, according to a report in the Oregonian.

Rosenblum said the Oregon Department of Justice would petition to the state supreme court.

“We will petition to the Oregon Supreme Court ASAP, seeking to align the result in our state courts with the federal court’s well-reasoned and thoughtful decision,” Rosenblum said in a series of tweets.

It’s been a busy day for Measure 114, Oregon’s new gun safety law, which is supposed to go into effect Thursday. A federal and a state judge both issued rulings today. Here is where things stand:

A federal judge this morning denied a request by Oregon Firearms Federation and other plaintiffs to delay implementation of the high-capacity magazine ban, so that part of the law would go into effect Thursday.

Three hours later a state judge in Harney County temporarily enjoined enforcement of the entire measure. As of now, the law cannot go into effect on Thursday.

What’s next? We will petition to the Oregon Supreme Court ASAP, seeking to align the result in our state courts with the federal court’s well-reasoned and thoughtful decision.

The measure, which Oregon voters passed with 50.7% of the vote in November’s midterm election, bans magazines that hold more than 10 rounds, requires a permit to purchase a gun, and requires a background check to be completed prior to a gun sale or transfer.

Raschio’s ruling came about three hours after U.S. District Judge Karin J. Immergut’s ruled Tuesday morning that Measure 114 would go into effect as planned on Dec. 8, with a 30-day delay for the permit requirement portion of the measure.

On Friday, Immergut heard oral arguments in a case on whether the measure violates Americans’ constitutionally protected right to bear arms. Plaintiffs in the lawsuit included the Oregon Firearms Federation, the owner of a Marion County gun store and the Sherman County Sheriff. After hearing the arguments Friday, Immergut said she’d issue a ruling this week.

“The burden imposed by Measure 114 on the core Second Amendment right of self-defense is minimal,” Immergut wrote in the ruling issued Tuesday.


On Sunday night, the Oregon Department of Justice asked Immergut to postpone the permit requirement of the measure for two months to give law enforcement more time to implement it.

In Sunday’s letter requesting the delay for the permit requirement, the DOJ said other parts of the measure should take effect as scheduled on Dec. 8, “including the process for applying for permits, the restrictions on large capacity magazines, and the requirement that background checks must be completed — and not just requested — before firearms can be transferred.”