Man in his 70s attacked on MAX station platform in Gresham; suspect arrested 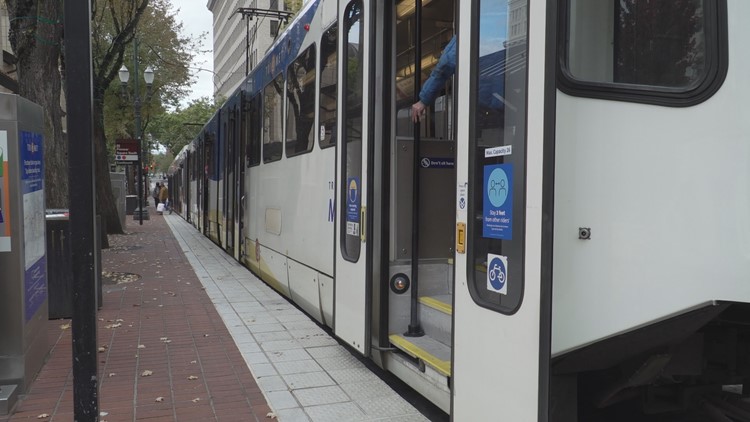 A man attacked and assaulted a man believed to be in his 70s, causing “substantial injury,” a spokesperson for Gresham police said.

GRESHAM, Ore — Editor’s note: This story contains graphic descriptions of violence and injuries that may be disturbing to some readers.

Around 2:18 a.m., two men were involved in an altercation on the Cleveland Avenue MAX station platform near Northeast Cleveland Avenue and Northeast 8th Street, according to a spokesperson for Gresham police. A man attacked and assaulted a man believed to be in his 70s, causing “substantial injury.” According to a detective on the case, the suspect bit the victim, who lost an ear during the attack.

The victim was taken to the hospital in stable condition. Gresham police have not publicly identified him.

Officers arrested the suspect, and as of 7 a.m., they were still trying to verify his identity.

The spokesperson for Gresham police was not able to confirm whether the two men know each other, citing the ongoing investigation.

Gresham police have not released any further details about what led up to the attack.

TriMet tweeted just after 4:30 a.m. that the MAX Blue Line was disrupted due to police activity at Cleveland Avenue. The MAX line resumed regular service about an hour later around 5:30 a.m.

The attack Tuesday morning comes less than a week after a woman allegedly pushed a 3-year-old onto the MAX train tracks at the Gateway Transit Center in Portland’s Woodland Park neighborhood. The girl landed face first and suffered minor injuries to her forehead, according to a Port of Portland officer. Police arrested the woman and she faces numerous in the random attack.

This is a developing story and it will be updated when more information becomes available.