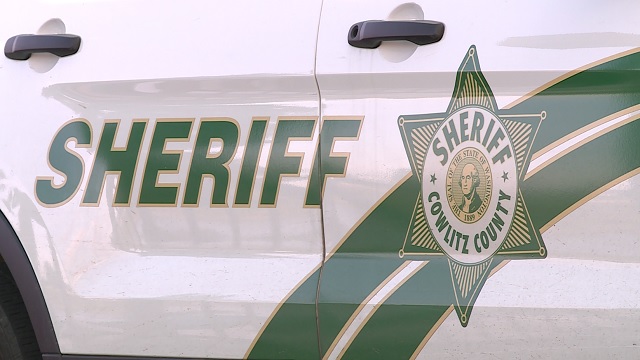 PORTLAND, Ore. (KOIN) — A 52-year-old man is facing multiple charges, including murder, after evidence of an explosion and human remains were found scattered around a Kelso property in July.

Jethro Welter was arrested on Thursday in connection to the murder of Alan Nielsen.

The Cowlitz County Sheriff’s Office said detectives received a tip in July reporting there was a body off of Holcomb Road, just east of Interstate 5. There, detectives said they found remains, later confirmed to be Nielsen’s, in and around a truck parked on the property. The sheriff’s office said both the truck and Nielsen’s body were “heavily damaged” in an apparent explosion.

An autopsy of Nielsen’s body revealed he was shot on July 15 during what officials speculate was an altercation with Welter.

More than two weeks after the alleged shooting, detectives executed a search warrant on Welter’s Kelso home. During the search, CCSO said multiple guns, including one that was stolen, were seized. Detectives also reportedly recovered suspected methamphetamine and other evidence.


‘Everybody is scared’: Portland food cart targeted again by burglars

Using evidence gathered in a digital forensics investigation, the sheriff’s office said it determined Welter was at the property when Nielsen was killed. Detectives also managed to find records that allegedly showed Welter bought 60 pounds of exploding target material between July 17 and 19.