LOOK UP: See The Best Stargazing Spectacle Above Oregon This December 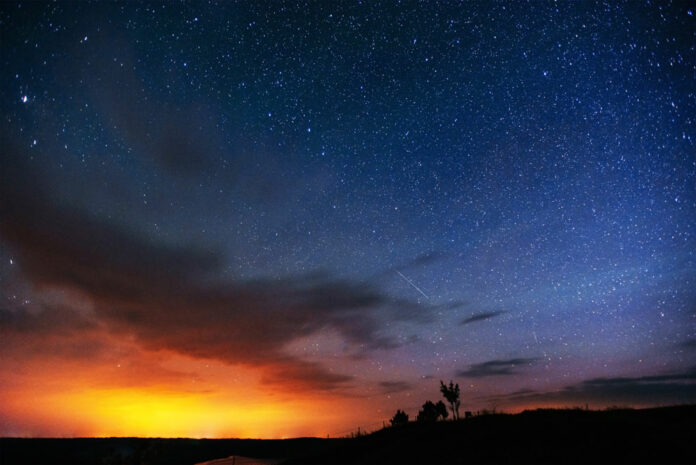 Stargazing; one of mankind’s oldest pastimes, enjoyed by civilizations for millions of years.

Catching a glimpse of a shooting star can feel like a rare sight, gifted only to those who are patient enough to stare up at the night sky for what could be hours. Soon Oregon will have a stargazing spectacle, that even those who are impatient can make time for.

Typically, on any given night, we can expect to see about 1-2 shooting stars per hour. With the Geminid Meteor shower peaking on December 13th, the number of shooting stars skyrockets to an average of 100-150 meteors per hour in an area with prime visibility conditions.

The Geminid meteor shower begins on November 19th and goes until December 24th, with the best time to view the shower around 2am.

How Do Meteor Showers Work?

We all see the stars quickly gliding across the night sky, but what is really happening?

A meteor is caused when space dust or rock burns up entering the earth’s atmosphere. Generally, the bigger the debris, the brighter the meteor. A meteor shower occurs when debris from a comet or asteroid is shed. Every year they reoccur at about the same time as the earth orbits, and passes through the debris again.

The evening of December 13 (going into December 14th) the moon is supposed to be two thirds full, which isn’t exactly the best scenario for such a meteor shower spectacle. However if you can find a place to view with less man made light pollution, you should be able to see the stars just fine. Keep in mind that it takes our eyes several minutes to adjust before we can truly see all the stars twinkling in the night sky, or the haze from the Milky Way. The best way to adjust your eyes quickly is to focus on the darkest areas of the sky.

How To Plan The Perfect Stargazing Evening

Dress appropriately. Though you likely won’t have to wait for hours to catch some falling meteors, you will want to be comfortable to enjoy the experience.

Make it fun. Grab a blanket, some chairs, pack some hot cocoa to sip on, and some snacks. Bring the kids for a fun family evening, or make it a memorable date night.

With the Geminid Meteor shower being the strongest one of the entire year, you wont want to miss it!

Where are some of your favorite places to view shooting stars? Let us know in the comments.