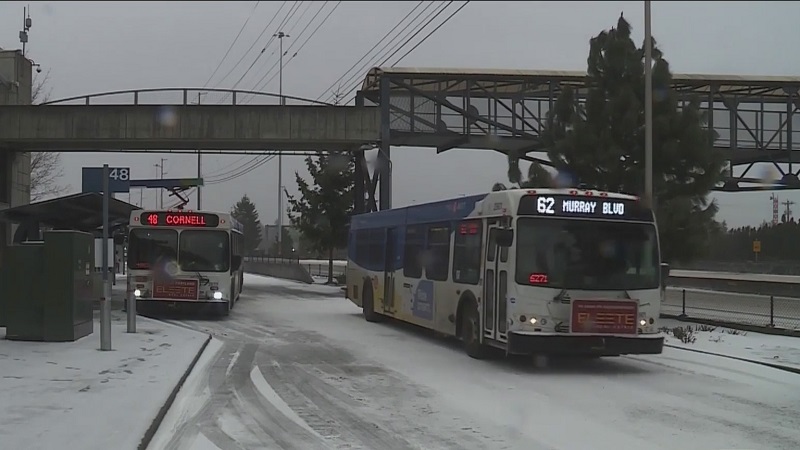 It could be a slippery winter, here’s what you need to know.

PORTLAND, Ore. (KOIN) — Both Washington County and TriMet say they are actively monitoring forecasts as they prepare for winter weather, and with a road crew shortage and potential route delays, they are urging residents to plan ahead.

As much of the region braces itself for slick roads and potential snow, agencies are working to fine-tune their winter weather plans.

“We emphasize safety over schedules,” said TriMet public information officer Tyler Graf. “Every winter our aim is to make sure that people reach their destination safely.”

Should a snowstorm hit, TriMet says the agency is prepared with drop-down chains for 95% of buses and five sets of chains for each bus as well as 25 light rail vehicles equipped with ice cutters to prevent ice buildup on overhead wires, switch heaters to help keep trains running, and more than 82,000 pounds of de-icer on standby.

Despite the preparation, Graf says if the roads get icy overnight riders could still see delays.

“That may mean slowing service because once our buses are chained, they are limited to 25 miles per hour,” said Graf. “So that can have a cascading effect throughout the system.”

Potential transit delays are not the only challenges commuters could see on the roads. On Wednesday, Washington County announced their road-crew staff is down by about 25%.

“Washington county’s road crew is 75% staffed,” said Washington County land use and transportation senior communications specialist Chris Lueneburg.  “What that means is that our level of service, when it comes to plowing and sanding, is going to be a little bit slower this year.”

Amid the crew shortage, the county says they plan to plow priority routes first, including major corridors and those used most by emergency services.

While the county says the staff they have will be working around the clock to clear roads, with Washington County expected to see some of the first sticking snow within the Portland-Metro area, they tell KOIN 6 News they are asking for the public’s patience and precaution.

“Our snowplow drivers are going to be hard at work and they’re going to be out early as well, preparing for that morning commute,” said Lueneburg. “But it may be slower as we mentioned, so travelers, if they need to go out during severe winter weather, should take precautions.”

People can visit the TriMet website for service updates by email or text message.