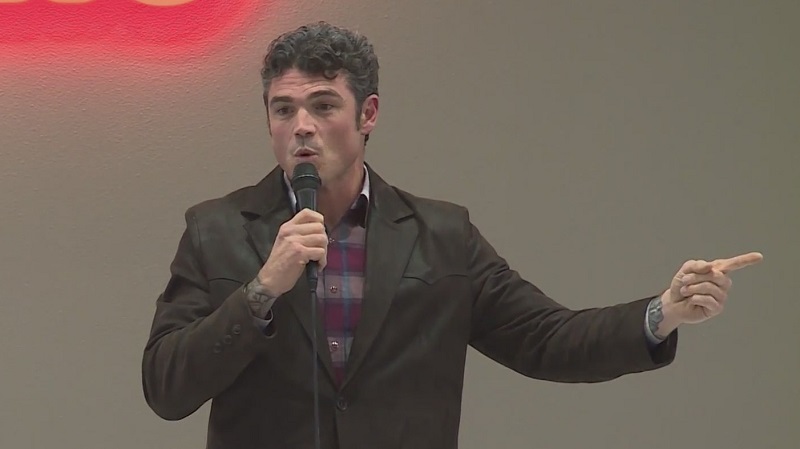 VANCOUVER, Wash. (KOIN) — State and county election officials are speaking out after U.S. Congressional candidate Joe Kent criticized the election process in Washington at a town hall on Monday.

Kent, who is running against Marie Gluesenkamp Perez in the Washington 3rd Congressional District primary, encouraged attendees to turn in their ballots on election day (Nov. 8) in order to avoid “funny business.”

“If you’re like a lot of us, you have concerns about the way we vote here in Washington state. Ballots went out Friday, we’re gonna vote now for like three weeks. It’s gonna take them a while to count the ballots. It’s not a perfect system,” Kent said. “Get with Brett, he can get with you about why holding on to your ballot until the last day is one of the surest ways to ensure if there were to be any funny business. They would have the least amount of time to do said funny business if you turn in your ballot on game day.”

KOIN 6 News reached out to Kent’s campaign organizers to find out the reasons he believes the election process isn’t secure but never heard back.

Greg Kimsey has overseen Clark County elections for more than two decades. He explained the several steps and safeguards in place to ensure votes are tallied accurately and says regardless if your ballot arrives today or Nov. 8th, it will be counted correctly.

“People want to wait to election day to vote their ballot, they’re certainly welcome to do that. I’m happy to talk with anyone as long as they’re willing to listen about the elections administration process,” he said. “We can go on in great detail right now as long as you want.”

Kimsey also says ballots in Clark County were mailed out last Friday. Some were submitted as early as the following day. Kimsey says as of now they’ve received approximately 4,000 ballots. The elections office is doing signature verifications every day as those ballots arrive. On either Thursday or Friday, they will bring in the ballot inspection board and begin the process of inspecting ballots.