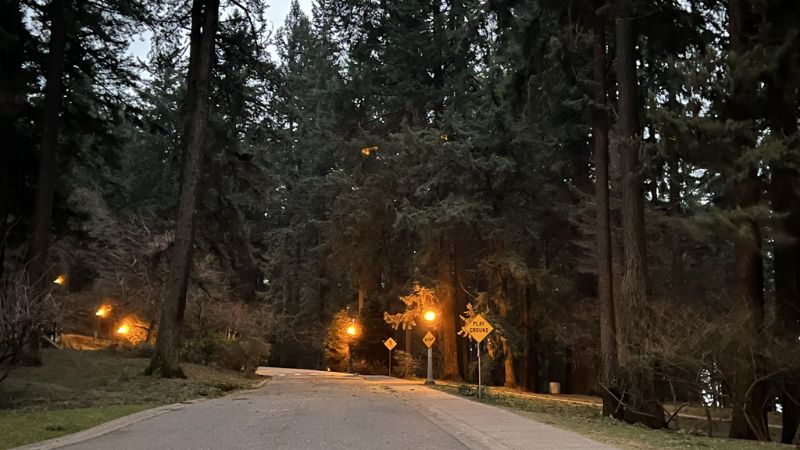 PORTLAND, Ore. (KOIN) — Officials are investigating after reports of possible rat poison mixed in with dog treats were found along a trail at Mt. Tabor.

Pet owners visiting the popular Portland park say the find comes as a surprise. For some residents, a walk through Mt Tabor is part of their daily routine.

“This is a very dog-friendly neighborhood,” said Brette Pedrick, who comes with her dog Penny almost every day.

But after reports of possible rat poison along a trail last week, some owners like Pedrick say those daily walks now come with extra caution. Local clinic Mt. Tabor Veterinary Care first posted the incident to Instagram after one of their clients made the find, spotting what appeared to be pink pellets — similar to some rat poison pellets — mixed in with dog treats and pine needles along the trail.

“It’s super scary,” said Pedrick. “I remember when it happened in Laurelhurst Park a few years back and now in our own park, it’s scary and just not what you want to hear.”

Portland Parks and Recreation tells KOIN 6 News after Mt. Tabor Veterinary Care reached out on Thursday, they immediately sent rangers who found the treats and an unknown substance and removed whatever they could find. It’s unclear if the pellets were tested for poison though.

“You look away for a second and your dog can pick something up so it’s almost impossible to be careful enough with that,” said Pedrick.

Dog owners say they’ll be on the lookout, but it can be hard to catch until it’s too late.


Report ranks Portland as one of the ‘neediest’ cities in the U.S.

“We let him off leash for a bit so hopefully he didn’t find anything,” said Tina Benson, who was visiting with her dog, Alfie.

Visitors say even the possibility of any malicious intent comes as a shock.

“I don’t really know what to think about somebody doing that because it’s so, I can’t relate to anyone doing that. It’s crazy,” said Benson.

Parks and Recreation say park rangers contacted Portland Police after they found the treats and pellets and filed a report. KOIN 6 reached out to Mt Tabor Vet Care to see if any of their clients reported their dogs getting sick after a walk at the park but have not yet heard back. However, online, they encouraged anyone who may believe their pet to be poisoned to immediately contact ASPCA Animal Poison Control at 888-426-4435.