It's Christmas tree season, but growing them keeps getting harder for farmers 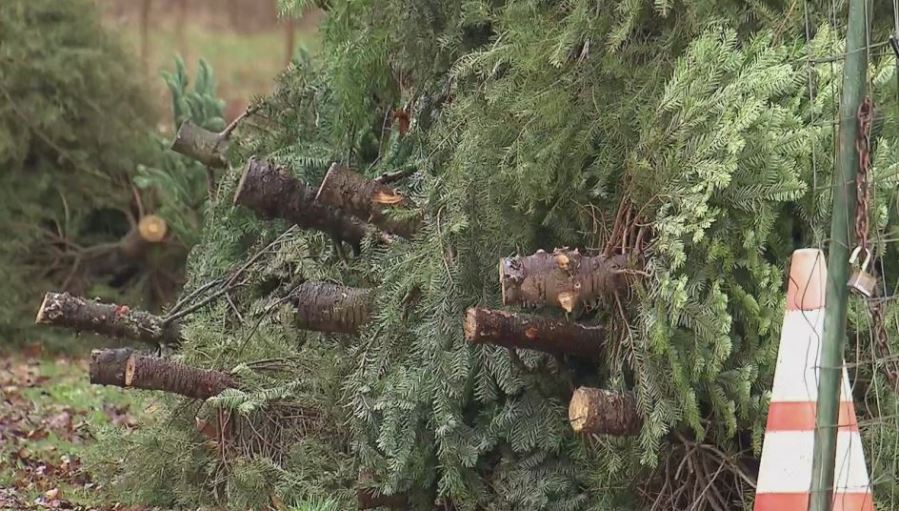 PORTLAND, Ore. (KOIN) — Oregon is the number one grower of Christmas trees in the United States but farmers are worried about how climate change could impact their future.

For Elizabeth and Paul, coming to Grabhorn Farms for a Christmas tree is a holiday tradition 22 years in the making.

“We’re Oregonians, so, we have to have a real tree.”

Owner Jeremy Scholz said this is the time of year all his effort pays off.

“People don’t realize how much work goes into growing a Christmas tree the rest of the year,” Scholz said. “Your 6′ tree is 6-12 years old, that’s 6-12 years of work.”

He also said that climate change is costing them.

“The hard part has been the dry summer,” he told KOIN.

In fact, last year, he says 99% of those seedlings he planted died in the heat dome.

“I took a big hit, each seedling costs money, it’s not fun.”

It’s also changing how they farm. The summers have been so hot, they are now switching up the types of trees they grow.

Another challenge for Christmas tree farmers has been inflation.

According to the Oregon Christmas Tree Growers Association, the cost of fertilizer is up 100% and fuel is up 80%.

Despite that, they say growers are doing their best to make Christmas as affordable as possible, so there are always trees at good prices, in many cases not raising tree prices as much as their input costs went up.

And for Elizabeth and Paul, having a real tree keeps the holiday spirit alive in their home.

“I think that’s what the holidays are about; Having tradition.”

The industry is also big elsewhere in the Pacific Northwest. Washington grows the fourth most Christmas trees in the US, according to the Washington State Department of Agriculture. They say there are nearly 400 Christmas tree farms in the Evergreen State.