Ionescu to return to UO as the Director of Athletic Culture 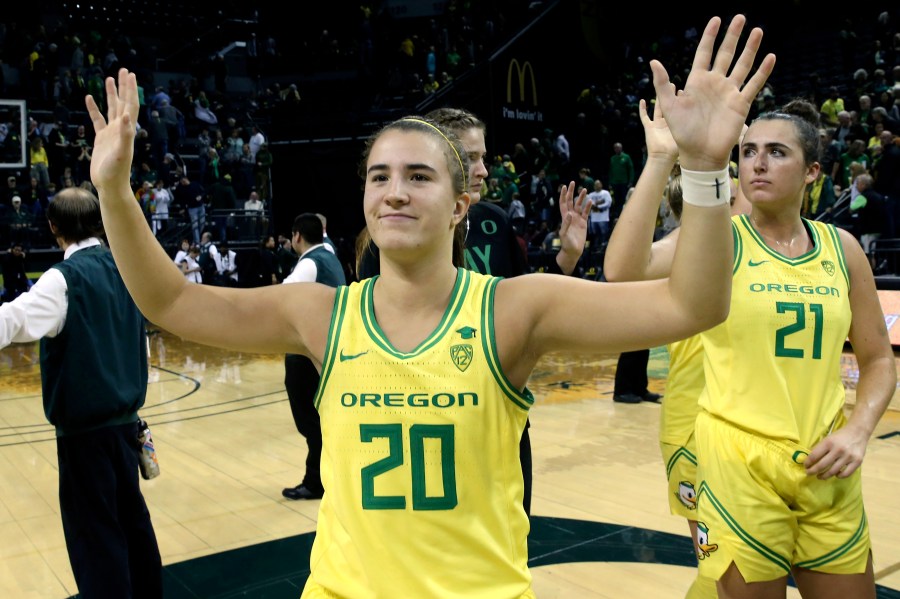 PORTLAND, Ore. (KOIN) — University of Oregon basketball alumna and New York Liberty player Sabrina Ionescu is returning to the university as the Director of Athletic Culture.

“There is no better person I could think of for this position than Sabrina,” ninth-year coach Graves said in the release. “Sabrina exemplifies what it means to be an Oregon Duck and she represents everything our program is about. Even in just a part-time capacity, she will have the ability to make an immediate impact on our student-athletes and our program as a whole. She truly is a basketball icon that will be able to connect and develop our players off the court.”

During her four-year tenure, she became the all-time NCAA leader, male or female, in triple-doubles and is the only player in NCAA history to finish her career with at least 2,000 points, 1,000 rebounds, and 1,000 assists. She was also the center of an ESPN cover story, a Wall Street Journal feature and a Sports Illustrated profile.

Her athleticism was an object of desire for many WNBA teams, including the New York Liberty that made her the No. 1 overall pick in the 2020 WNBA Draft. Since playing at the professional level, the basketball guard has earned a spot on the 2022 All-WNBA Second Team.


These Oregon towns are great for a wintertime couple’s trip

“As a kid growing up in the game, my family helped me develop my passion for basketball and all the values it rewards,” Ionescu said. “When I arrived at Oregon, I joined a new family that embraced those same values and helped me grow even more as a player and as a person. Part of my heart remains in Eugene, and I look forward to cultivating the same family atmosphere for future Ducks in the Oregon women’s basketball program.”