'I drove to City Hall in tears': Salt & Straw considers moving its headquarters out-of-state due to crime 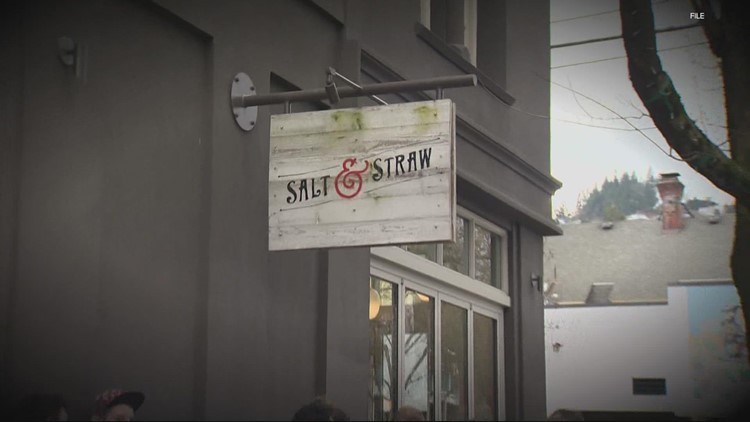 The CEO of Salt & Straw said she’s been asking city leaders for years to address the crime, trash and danger in their Central Eastside neighborhood.

Malak said she’s been asking for help for years and waiting for city leaders to address the crime and trash in their neighborhood, with little response. Her concerns came to a head on Monday.

Around 2:30 a.m., Portland Fire & Rescue responded to an explosion inside an RV parked outside Salt & Straw’s headquarters on Southeast 2nd and Ash. Malek said no employees were hurt but they were traumatized and the explosion caused them to lose power.

“This is coming on the heels of about a week ago Friday when one of our employees was held up at gunpoint with a gun in his face as he walked into work,” said Malek. “I just literally drove to City Hall in tears begging for help on Monday afternoon.”

“I got really excited about the path forward [Lyons] was laying out,” said Malek.

Lyons confirmed that meeting, telling KGW they’re committed to keeping Portland businesses in Portland and will meet with other local and state leaders to discuss how they can do that.

“This is less a homeless issue; it is a health and public safety and drug issue. The schizophrenia we’re seeing, the violence, the fires,” wrote Lauderdale. “This is drug-fueled and it needs to be addressed immediately… only then do we have a chance.”

On Nov. 3, Portland City Council heard from Jason Bolt, the CEO of Revant Optics. According to Revant, the company makes and sells millions of lenses from their headquarters, which is right next to Salt & Straw’s. He said safety issues in the neighborhood are affecting his employees as well.

“We’ve had to walk down the middle of a busy street to get to work because our sidewalks surrounding our building are blocked by abandoned cars, trash, needles tents and fences,” said Bolt. “We may not be here much longer. We’re faced with major safety issues that are not proactively addressed or addressed at all. It’s affecting our ability to operate as a business, but more importantly, the safety of my employees.”

Malek said she doesn’t want to relocate, but can’t ask her employees to work in a dangerous environment. In order to keep them where they are, she said there must finally be action.

“I need to have a conversation within the next couple of weeks that outlines a plan for getting us there,” said Malek. “I’m going to try everything I can to fight to stay here but it has to happen quickly. Really quickly.”